The thought of transitioning from New York to Colorado to further my education was very challenging for several reasons. First, I had no family in or close to Colorado to support me. Secondly, I had to leave behind the great community I was a part of in New York. And lastly, I had to face the fact that I will be a stranger in another land. With all these thoughts in my mind, I honestly did not have a great feeling about my decision to move. However, the Bridge Scholars Program uplifted me in so many ways and created a family for me here at Colorado College. To my surprise, this family always provided social, emotional, and intellectual support to me in my first year. Most importantly, the program continues to provide amazing opportunities and support even after my first college academic year. 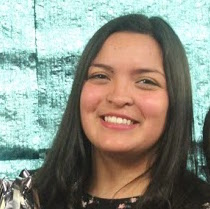 As a student from Colorado Springs, graduate of Harrison High School, I never imagined what opportunities I would have at CC. This experience is unforgettable. I feel so empowered to follow my dreams to learn about the world and to continue my education in Anthropology. Miraculously, here I am today, months from being the first person in my entire family to graduate college. I have traveled to over 5 countries, 8 states, and multiple cities in Colorado that I never knew; have completed over 4 research projects; and have had the opportunity to explore my own interests and challenge myself at this prestigious institution. 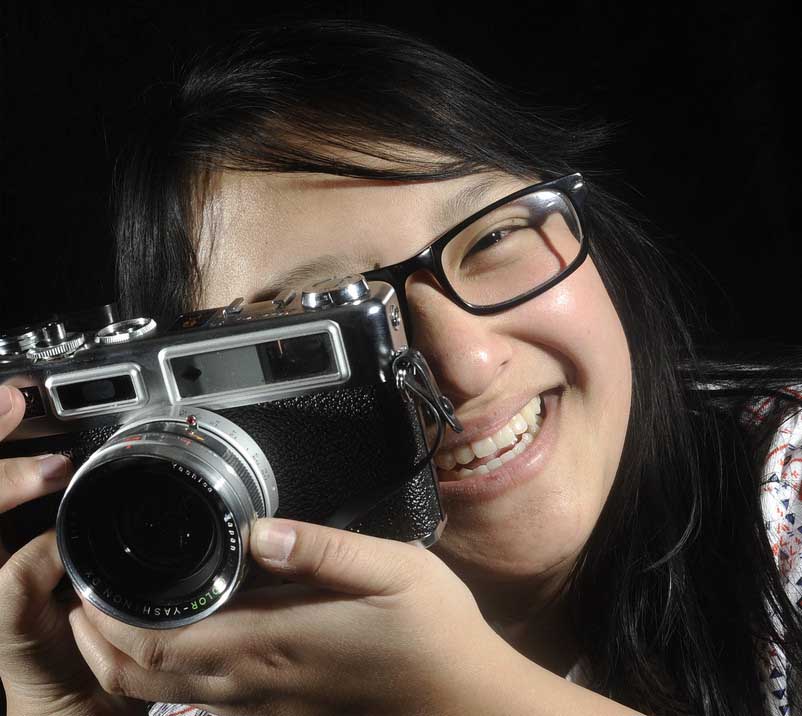 I was so nervous when I got to CC with a bunch of strangers and an even stranger thing called the Block Plan. I was terrified my first few days in my Bridge class—and to make matters worse, my professor assigned us an entire book to read in one night. Crazy, right?

Instead of sulking around, a few classmates and I decided to go outside and read at the jelly bean table, a spot that has an amazing view of Pikes Peak. With some fresh air, my new friends, and some skimming, we were able to finish the book and learn some new things about — hmmm, well — to be honest, I don't remember what I read anymore! But I gained more important things:

My classmates became my close friends, looking at Pikes Peak became my happy place, and I felt confident enough to tackle the Block Plan, and all the crazy opportunities for the next four years.

Now, because of the people I met and experiences I had at CC (especially during Bridge), I found my passion for film and social change and am pursuing it at The ONE Campaign in Washington DC, where I am editing videos to help eradicate extreme poverty in sub-Saharan Africa.

As an incoming first generation, native student, I was afraid that I might not be smart enough or did not deserve to be at Colorado College. However, the Bridge Scholars Program debunked my fears. In large part to my Bridge Professor’s facilitation, I realized that we each had a unique perspective to bring to the classroom; so much that I felt comfortable to participate in class discussions, ask questions, and learn to ask for help. Beyond the classroom, I befriended other Bridge Scholars and created a close-knit community with my cohort, providing me with the confidence to academically succeed at CC, and also try a few other new things, like Dance Workshop!

Joel Begay is currently a graduate student pursuing a Masters of Public Health (MPH) in Hospital & Molecular Epidemiology at the University of Michigan School of Public Health. He continues to support first generation and students of color at UM and is an active member of the Native American Student Association.

Coming to CC was very daunting at first because it had so many resources that were never available to me back in high school, and the Bridge Scholars Program in particular served as an excellent way to help me adjust to everything new about college before I could hit the ground running. It introduced me to the mentorship of the Butler Center, the Career Center, and the Advising Hub, to name a few, and allowed me to become very well-connected early on which became a major advantage.

Most importantly, though, I believe it gave me a lot of time to think about my own trajectory in life, and I really think that’s one of BSP’s universal qualities no matter what class you take. Being from a low-income background, I came in knowing that none of my time here could be taken for granted, so you really have to make the most of it, whatever that means for your own journey.

The Bridge Scholars Program was an invaluable resource for me at Colorado College. It gave me an edge academically before my FYE even started.  I formed lasting friendships, which still operate as my support system years after graduation. The knowledge, networking, and experiences I encountered as part of the Bridge Scholars Program helped shape the person I am today.

Andrea “Andi” Ruybal is currently a doctoral student of social psychology and health behavior research at Claremont Graduate University. She continues to support mentoring programs both at the undergrad and graduate levels for minority students. In her free time she enjoys travel, baking, running, and cats. 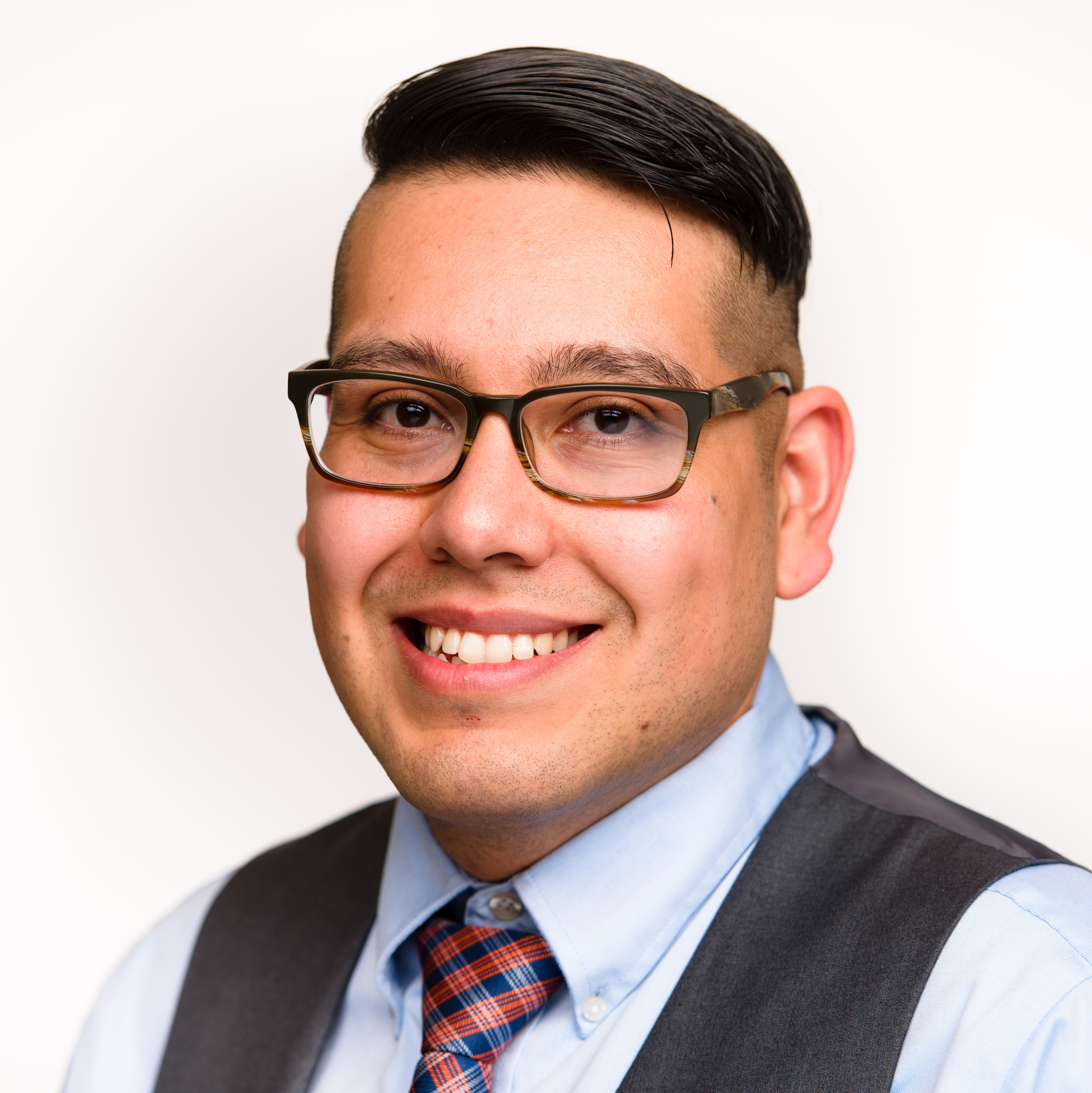 As a first-generation college student I was very intimidated about coming to CC. The Bridge Program provided me a strong foundation of support that helped me succeed at CC and has shaped my goals beyond CC.

I am now an Assistant Professor of Psychology at Rutgers University-Camden, an institution that serves a large percentage of minority and first-generation college students. The Bridge Program inspired the desire to support and empower success among first-generation and students of color and I grateful to be able to do that through my research, mentoring, and teaching.

Colorado College's Alum Andrew Abeyta focuses his research on two psychological needs he views as fundamental to human functioning: the need to belong and the need for meaning in life. Check out the full article published in Rutgers Today.