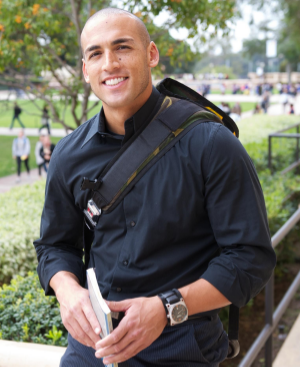 "Down, Out, and Under Arrest: Policing and Everyday Life Among the Urban Poor"

This event is open to the general public.
The Daniel Patrick O'Connor Memorial Lecture presents Forrest Stuart, Associate Professor of Sociology and the College, University of Chicago, "Down, Out, and Under Arrest: Policing and Everyday Life Among the Urban Poor".

Since the 1990s, American cities have embraced an intensive model of “zero-tolerance” and “broken windows” policing. This approach calls on patrol officers to continually “stop-and-frisk” pedestrians, while systematically banishing, ticketing, and arresting people and behaviors associated with “disorder.” To date, evaluations of such law enforcement practices have found little, if any measurable reductions in crime. This is not to say, however, that such constant and contentious police contact has no effect at all. Indeed, emerging research shows detrimental impacts on at the individual, interpersonal, and community levels. These include negative mental health outcomes, lowered participation in financial and health institutions, and reductions in residents’ trust in neighbors, police, and other state agencies. Drawing on over 7 years of in-depth, ethnographic fieldwork alongside police and residents in Los Angeles’s Skid Row and Chicago’s south side, Stuart's research reveals several key mechanisms that are responsible for these negative outcomes. Most notably, the omnipresent threat of harmful police contact reshapes the cultural contexts of criminalized communities. In the hope of reducing such police contact, residents to adopt a particular cognitive schema—or “cop wisdom”—that transforms the way they understand and interact with physical environments, peers, and strangers. Cop wisdom can lead to new and potentially troubling forms of behavior and social interaction. These findings have implications for how we understand the role of policing and punishment in society.

This is the Department of Sociology