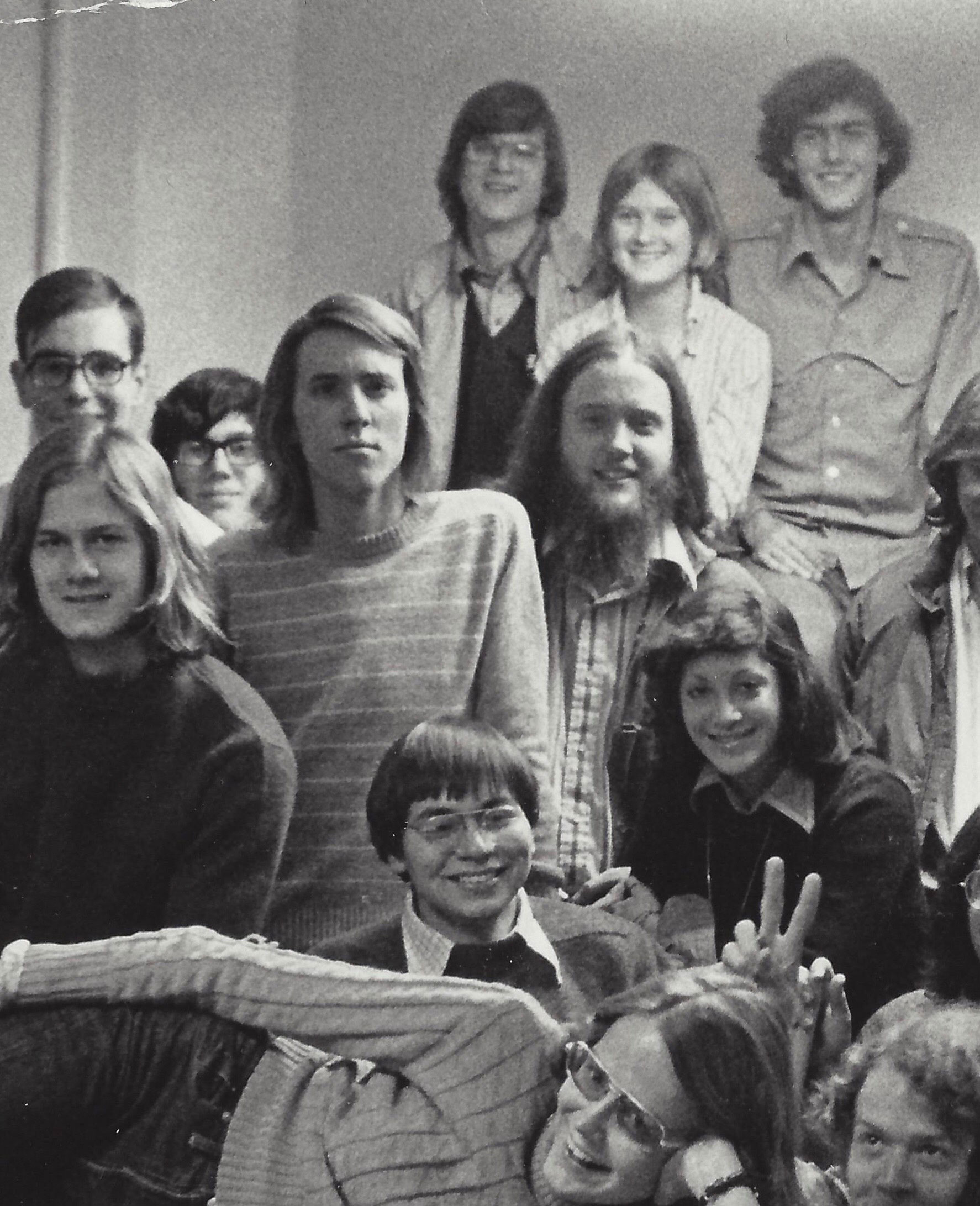 Michael Nava (lower center in glasses) with then staff of The Catalyst. He was a member of the Cutler Publications Board and wrote a column for the student newspaper.

Michael Nava has developed an insider’s perspective on being an outsider — in his family, in higher education, in his chosen legal profession. Though a private person, he has shared some of that perspective through his second vocation, that of writer and creator of the Henry Rios mystery series, among other books.

Like the author himself, Rios is a lawyer who is Latino and gay. New Yorker reviewer Garth Greenwell has called him “a detective unlike any previous protagonist in American noir.” When Nava introduced Rios in the 1980s, at the height of the AIDS crisis, it seemed unlikely that Rios would ever gain notice outside of the LGBT publishing world. But after two books, Nava broke through into the mainstream, where he’s stayed ever since. 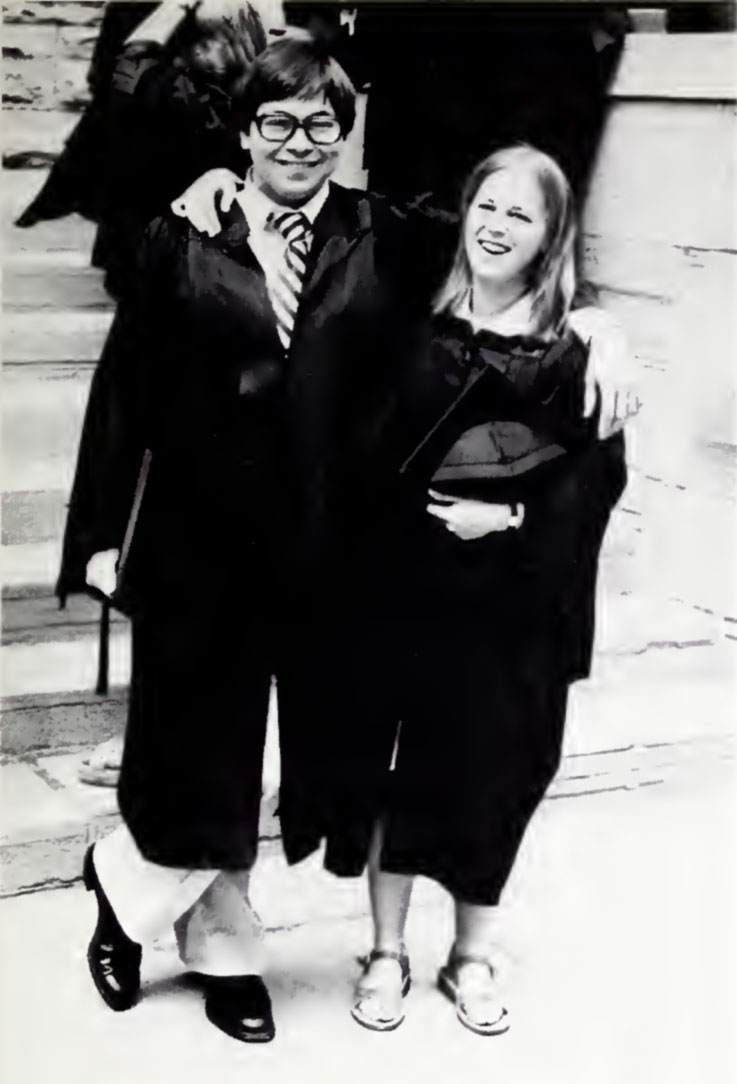 Nava with fellow Watson Fellow Anne Berkeley '76. He spent the Watson year in Argentina studying and translating the poetry of Ruben Dario.

Nava has produced seven Rios novels (along with additional fiction and nonfiction works) and earned six Lambda Literary Awards, recognizing the nation’s best LGBT books. In 2001, he earned the Bill Whitehead Award for Lifetime Achievement in Gay and Lesbian Literature. Meanwhile, Nava was progressing in a legal career that would include decade-plus stretches as an attorney with the California Court of Appeals and as a staff attorney with the Supreme Court of California, where he reviewed death-penalty appeals.

He retired from law in 2016 and has since started his own publishing company, Persigo Press. He chose to rekindle the Henry Rios series by releasing the novel “Carved in Bone” in October 2019.

Nava’s life, and much of his writing, is grounded in California, where he was born, grew up, and earned a law degree from Stanford University. For four years in the 1970s, though, Nava was a student at Colorado College. The first member of his family to pursue higher education, he majored in history, wrote for various student publications, and won multiple Evelyn Bridges Prizes for Poetry. In 2003, CC honored him with an honorary doctorate of humane letters.

In 2012 at a memorial service for Professor Emerita Ruth Barton, Nava delivered this tribute, described by Professor Jane Hilberry as "a stunningly beautiful piece [that] captures Ruth perfectly, as well as some of the values of our college."