The K.D. Stroud family in a 1929 photo. Seated from left: James, Bobby, Rev. K.D., Rosa May, mother Lulu. Standing from left: Jack, Nina, Dolphus, and Effie. This photo was taken a year after Dolphus walked and hitchhiked from Colorado Springs to Boston to run in the Olympic trials. Courtesy of the Colorado Springs Pioneers Museum.

“My father shared with me that, although he took pride in his exploits of academic excellence and long-distance running, ‘... everyone has a footlocker.’ He had a certain humility about being elevated to high status and seemed to see life as a series of experiences that allowed the fullest development of one's potential. Not only was he the first Black person to be elected to Phi Beta Kappa, but he was the winner of the 1928 Denver Olympic tryout race. Again, racism reared its ugly head and thwarted his qualifying for the Olympics in Boston. ” 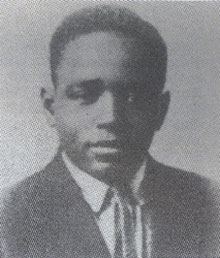 Kelly Dolphus Stroud was one of the most prolific scholars and elite athletes to ever emerge from the Pikes Peak Region.

Dolphus was one of 11 children, five boys and six girls, born in Colorado Springs to the Reverend K.D. (Kimball Dolphus) Stroud and Lulu McGee Stroud. The Stroud family moved from the Oklahoma Territory to Colorado Springs in May of 1910, seeking to leave prejudice and oppression behind them. Colorado and Colorado Springs was barely kinder to the Strouds, and each member of the family encountered harrowing racism in their time here. Dolphus distinguished himself in scholarship and athletics at an early age, despite years of assaults, persecutions, and opportunities denied him because of his race.

Stroud’s successes on the running track mirrored his excellence in the classroom; he first attended Bristol School and then Colorado Springs High School (now William J. Palmer High School). Despite his high school not letting him run on the track team, he won the Pikes Peak Marathon several times, and in 1928 he broke the record that had stood for a quarter-century.

He began at Colorado College in 1926, previously having been accepted at Harvard University but unable to attend there due to a lack of funding options. Local businessman and entrepreneur Henry Sachs recognized Dolphus' achievements and potential, and provided funding for him to attend CC. At CC, he was the sole black student until his younger sister, Effie, joined him the following academic year. He was awarded several scholarships, including the Perkins Scholarships of $400 each for the 1929-1930 and 1930-1931 academic years, given only to students with the highest academic standing in the class. As an elite athlete, Stroud was on CC track teams all four years of his time at the college, winning races across the region.

In the middle of his CC education, Stroud continued to race at a prolific rate beyond the college track circuit. Despite qualifying for an U.S. Olympic tryout spot in the 5,000-meter race, he was denied funding to travel to Boston for the Olympic trials. Certain that if he got to Boston, he would qualify for the 1928 Olympics, he decided to hitchhike nearly 2,000 miles from Denver to Boston in the middle of July. He made it to Boston with six hours to spare before the qualifying race. Exhausted, hungry, and with only change in his pocket, his race didn’t go as planned, and he wasn’t able to finish, falling on the sixth lap. 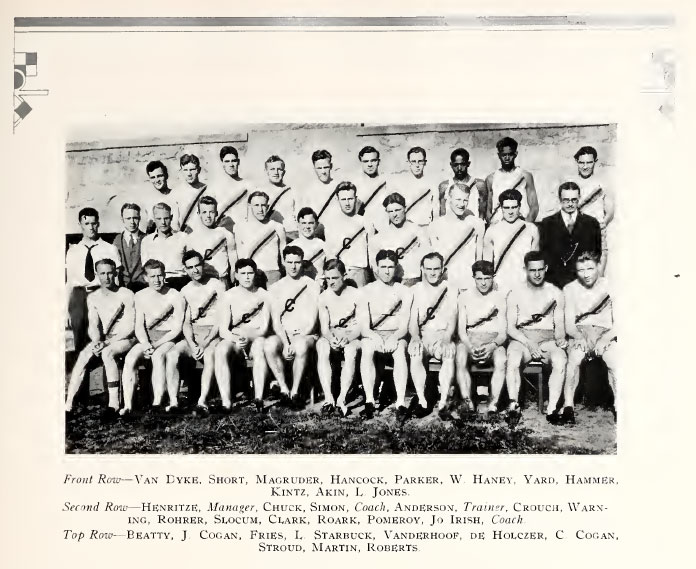 He returned to Colorado College in the fall, and graduated from CC with a degree in political science, receiving A’s in all of his classes but one, and was the first black CC student ever elected to Phi Beta Kappa. From CC, Stroud married and moved to Forsyth, Georgia, to work at the State Teachers and Agricultural College as an athletics coach and political science teacher. Later, he continued his studies at the University of Mexico, where his thesis — written entirely in Spanish — chronicled the history of black people in America. With his M.A., Stroud returned to the U.S., teaching across Texas before moving to Portland, Oregon, where he ran a moving and storage company, and founded his own golf tournament. He died on a visit to Washington, D.C., in 1975.

Despite the extreme racial prejudice and segregation at Colorado College in 1927, my father appeared to have a penchant for turning obstacles into stepping stones. Although he had a predilection for scientific subjects, he was influenced by Dr. Edith Bramhall to pursue a political science major. He wrote of himself in the third person: "He had never seen a Negro functioning in any of these (scientific) fields. Consequently, he assumed that the only use he could make of such knowledge would be to teach it to Black students in the Black schools of the south. Colorado College was eminently equipped for the social sciences but below average for the exact sciences, other than mathematics. He had always desired to be a writer and political science might be of aid there. He had read some of Bertrand Russell who was the popular theorist in a comparitively (sic) new discipline - psychology as well as philosophy; and he had read Kent's, "Great Game of Politics." And, although he did not believe that the social sciences had generated a truly new idea since the "Sermon on the Mount" was delivered by Christ, he felt that scholastic excellence in the social sciences consisted of impressing, first one's instructor and later the gullible masses with one's ability to express old ideas in new or more dramatic terms. He felt capable of doing that. It was mostly new uses of unusual figures of speech at the propitious moment with the proper sounding board. His curriculum now would be top heavy with politics, history, sociology, psychology, philosophy, English, public speaking. (sic) His elective would have to be in the mathematics and science fields."

As you can discern from the above, my father--and all of the Strouds--found their subservient position in this society ludicrous and approached their survival with the necessary duplicity that Black people have, by necessity, adopted throughout our coming into contact with the western world. This absurdity also contributes to our having developed creative means of transcendence--along with "wearing the mask" of humor.

My father shared with me that, although he took pride in his exploits of academic excellence and long-distance running, "...everyone has a footlocker." He had a certain humility about being elevated to high status and seemed to see life as a series of experiences that allowed the fullest development of one's potential. Not only was he the first Black person to be elected to Phi Beta Kappa, but he was the winner of the 1928 Denver Olympic tryout race. Again, racism reared its ugly head and thwarted his qualifying for the Olympics in Boston. From John Holley's book, The Invisible People of the Pikes Peak Region, "Kelley Dolphus graduated from Colorado Springs High School with honors in 1925. He found it necessary to work full-time for the next two years, and in 1927 he entered The Colorado College, along with sister Effie, where he also joined the track team. In March 1928 he recorded the fasted (sic) round trip climb of Pikes Peak, three hours and ten minutes, breaking a record that had stood for 25 years. In June of 1928 he entered and won an Olympic tryout race in Denver in the 5,000 meter marathon. He had been informed that the winners would be provided train fare to Boston to represent the Rocky Mountain region in the national Amateur Athletic Union final tests for the Olympics in Amsterdam.

L. M. Hunt had accompanied Dolphus to Denver, and both were ecstatic over his victory. However, their euphoria was jolted when the officials informed them that no money could be provided Dolphus, as his time had not been equal to that of the previous winner. Dolphus and L. M. protested, but to no avail. They were convinced that color was a primary factor in the decision."

My father hitch-hiked the 2,000 miles to Boston but was too exhausted to complete the competition. Subsequently, my father competed in a two-man race in Colorado Springs against Brooks Renshaw, the Finish runner who prevailed against a top runner in the 1928 Olympics in the five or ten meter run. My father wrote: "Dolphus welcomed the Renshaw meeting as a means of proving to himself what he might have done had he made it to Boston with less physical drain." My father finished and won the race.

My father did not complain about truncated opportunities due to racism, but he was acutely aware of ubiquitous injustice. The accomplishments of his later life, as manager of a baseball team, as a teacher, as a writer and poet, as a pianist and singer, as an entrepreneur, and as a father attest to his belief in himself and his commitment to availing himself of every opportunity to live the fullest life possible.