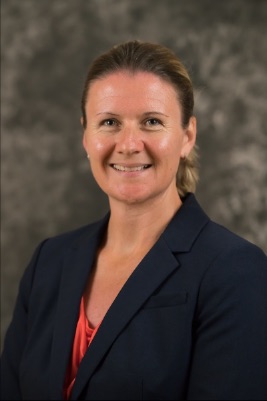 Lesley brings 17 years of experience as a successful coach, campus health and wellness advocate, and athletics administrator – and before that, experience as a champion student athlete, playing indoor and outdoor field hockey in her native England at Loughborough University, and later at the University of Iowa.

Having managed Division I and Division III athletics programs, Lesley is an excellent match for CC. She has extensive service at the NCAA, conference, and board level. She is a passionate leader who emphasizes academic and athletic excellence, student-athlete welfare, and competing at the highest level.

At Pomona and Pitzer colleges, Lesley manages 21 intercollegiate athletics teams, the Pomona physical education curriculum, faculty/staff fitness and wellness programs, and club, intramural, and recreation programs. She led the department to its first-ever Men’s SCIAC All Sports Trophy in 2018; multiple best-ever finishes in the Directors’ Cup, and 15 conference championships. Under her leadership the department led the SCIAC Conference in All Academics in 2016, 2017, and 2018.

Lesley’s leadership also extends to successful fundraising: She helped to raise two lead gifts totaling $20 million for a new campus athletics and recreation building, and created an athletics annual fund that has raised $1.25 million since 2016. In addition, she has been a key leader in partnerships with student affairs, advancement, communication, and admissions at both Pomona and Pitzer.

From 2010-2015, Lesley was senior associate athletic director/senior woman administrator at Bowling Green State University, where she helped lead a program with 21 sports, including Division I hockey. From 2001-2010, she was head coach for field hockey at Stanford University, winning three consecutive conference championships. She was a two-time Conference Coach of the Year, and led her team to program highs in national ranking, wins, best start to a season, goals, assists, points, and shots in 2009.

Lesley earned a bachelor of science degree in PE, sports science, and sport management at Loughborough University, and a master’s degree in health, leisure, and sports studies with an emphasis in athletic administration from the University of Iowa.

I am excited to work with Lesley and to call upon her leadership as we plan and build Robson Arena, and work to enhance all of our athletics programs at CC. Greg Capell will continue to serve as interim director of athletics until Lesley arrives, and I’m grateful for his dedication and commitment to our students, teams, coaches, and staff.