Starting with a pilot project in Worner Campus Center, the college is offering new waste receptacles from Max-R, which guide users to separate compost, recyclables, and trash. The project was originally the brainchild of CC alum Mike Stevens, who worked with William Carson and George Eckhart, head of CC facilities. The new bins were initially made possible by $10,000 of funding from the Campus Sustainability Council.

Wastewater from campus is treated with UV light by Colorado Springs Utilities instead of gaseous chlorine and exceeds permit requirements before its release into water bodies. 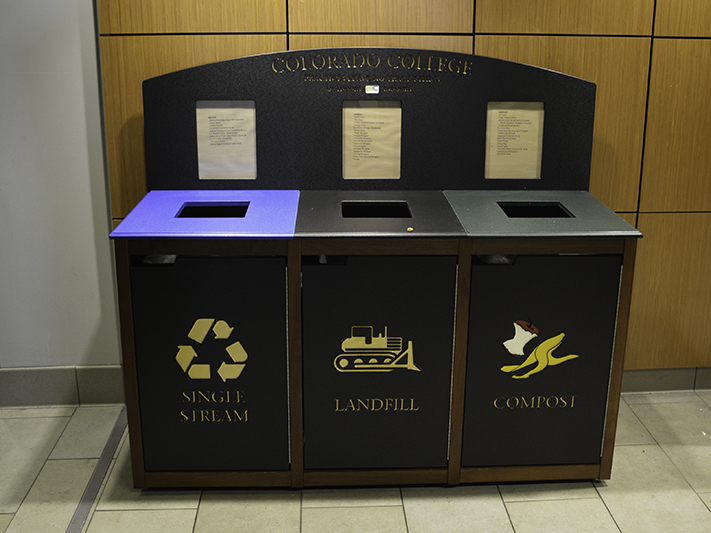