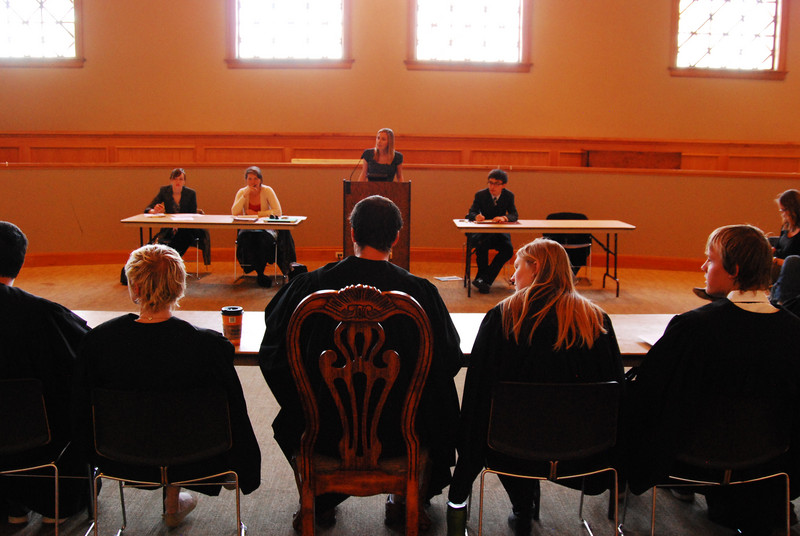 The American Political Science Association (APSA) is the leading academic association of political scientists in the United States.

The U.S. Census Bureau provides data of great interest to some political scientists.

Governments used to turn out reams of purple prose on ditto machines. They now use web sites (and handouts) for the purpose. The White House, for example, provides its version of the day's news. There appear to be NO LINKS from the White House to the Congress or the Judiciary. Such is the separation of powers.

The Library of Congress maintains a separate site.

For the U. S. Government position on foreign affairs, see the Department of State site.

For help with footnote, endnotes, and web citations, see the Tutt Library web page called "Style and Writing Guides." The Political Science department has copies of Diana Hacker's, A Pocket Style Manual, 4th ed., available for checkout. The newest editions of Webster's Dictionary and Roget's Thesaurus are also available to students upon request.

Tutt Library has created a list of periodicals to which the college subscribes and which are of particular use to students of Political Science. You may access this list through the Tutt web page called "Political Science Periodicals."

The library also maintains a list of databases for access to journal articles of particular interests to students of political science.

The Perry-Castañeda Library of  the University of Texas, Austin, offers a fine collection of maps organized by regions of the world and by country.

History of the Department

Professor Bob Loevy, author of the most recent history of Colorado College, has written a history of the Political Science Department. Click here to find out more.