The Colorado College German Theater program began in 1962 with Dürrenmatt's Der Besuch der alten Dame. In 1967, Professor Horst Richardson began his long tenure as director of the annual plays which continue to be very popular with both the College and the community. In the 1990s and 2000s, after the Max Kade Theater was built in 1993, Professor Richardson has alternated with Professor Heinz Geppert in directing the German plays. Today, we regularly invite block visitors to help direct the theater workshop. Organization for the yearly play usually begins in January, with rehearsals beginning in earnest during February or March. Opening night is generally toward the middle of April.

The plays selected for performance vary widely. In recent years, the department has put on Nurkan Erpulat's and Jens Hillje's Verrücktes Blut, sketches from Loriot and Anke Engelke's Ladykracher, an evening of Berlin-style cabaret (Kabarett Berlin), a musical revue of German popular classics from the thirties and forties (Kann denn Liebe Sünde sein?), Max Frisch's Biedermann und die Brandstifter (Biedermann and the Arsonists, or The Firebugs), and an evening of scenes from the works of Bertolt Brecht (Eine kleine Brecht Revue) to commemorate the 100th anniversary of his birth. 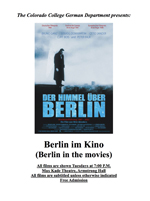 We offer courses in German film and have a large collection of DVDs and VHS. Some films are subtitled in English, some are not, but all will help you improve your language skills and get to know German culture.

Films in the collection include classics and modern films: 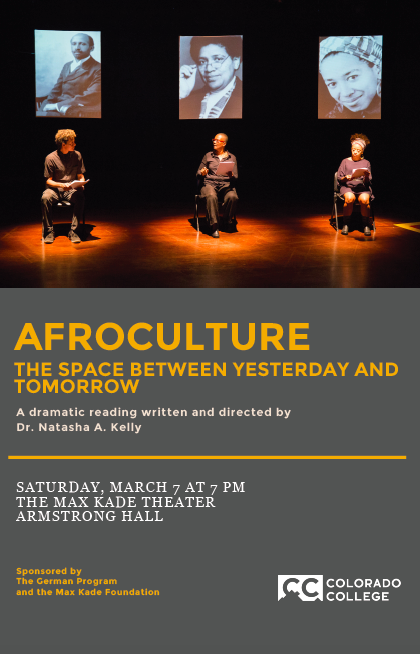