Colorado College has named eight new members to its Board of Trustees for terms beginning in July 2020. The new trustees are Alan Woo ’71; Jane Franke ’84, P’17; Frieda Ekotto ’86; So Yong Park ’87; Eric Duran ’91; Onyx Bengston ’18; Elliott Williams ’21; and France Winddance Twine. Additionally, the CC Board of Trustees, at its recent meeting held virtually June 10-12, approved Kristine Lang of the Physics Department for promotion from associate to full professor.

“We are honored to elect these new trustees representing a wide array of communities, perspectives, and professions,” says Susie Burghart ’77, board chair. “We look forward to the knowledge, input, and passion they bring to the table as we work on key initiatives for the college, such as our vitally important antiracism mission, navigating the challenges of COVID-19, building on our Creativity & Innovation program, and hiring Colorado College’s next president.”

Alan Woo ’71, who will serve as an elected alumni trustee, is an adjunct professor at Springfield College in Tustin, California, and deputy director of Santa Ana Unidos. He has spent years working in community organizing, improving the lives of those most in need in Orange County, California. His professional career includes serving as president/CEO of Mega Group, a management consultant group specializing in turning around troubled organizations and conducting futures planning. Woo has been actively involved with the Orange County Black Chamber of Commerce, Orange County Asian and Pacific Islander Community Alliance, Asian Rehabilitation Services, Orange County President’s Council, and the Affordable Housing Clearing House of Orange County. He received an honorary Doctor of Humane Letters degree from CC in 2017 and is included in CC’s Faces of Innovation. 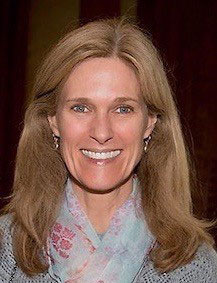 Jane Franke ’84, P’17, a French Literature major at Colorado College went on to receive her Master’s Degree in the Education of Teaching the Deaf at Columbia University in New York City. She is passionate about ensuring that all children and young adults have access to education. Following her work in the classroom teaching the deaf, she shifted her focus to creating educational programming and services for economically disadvantaged families and became a founding board member of Kids’ Club of Tarrytown and Sleepy Hollow in Tarrytown, New York.  Kids’ Club aims to improve the lives of underserved youth through support of academic, health, literacy and recreational programs. Looking to children around the world, she volunteered her time at The International Rescue Committee and Women’s Refugee Commission in New York City advocating for the world’s most vulnerable women and children. Currently at Dorcas International Institute of Rhode Island, Rhode Island’s primary refugee resettlement agency, Franke teaches English and job readiness workshops within the employment division. 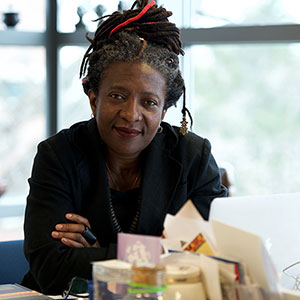 Frieda Ekotto ’86 was born in Cameroon and raised in Switzerland. In 2014, she became the first African woman to lead the Department of Afroamerican and African Studies at the University of Michigan and recently was awarded a Collegiate Professorship — one of the highest faculty honors given by the university. She is an intellectual historian and philosopher with expertise in 20th and 21st-century Anglophone and Francophone literature and in the cinema of West Africa and its diaspora. She concentrates on contemporary issues of law, race and LGBTQI issues. Ekotto has published numerous articles and books and is the recipient of grants and awards, including a Ford Foundation seed grant for research and collaborative work with institutions of higher learning in Africa. She received an honorary Doctor of Letters degree from Colorado College in 2018. 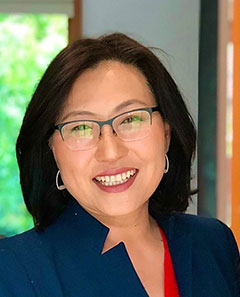 So Yong Park ’87, a CC history major, is the former director of corporate development at the Tech Museum of Innovation in San Jose, California. Before starting her work in the nonprofit sector, she worked in software marketing in Silicon Valley. She took a significant pay cut in her transfer to work in fundraising, but as a life-long community volunteer, decided she was better suited to making a tangible impact. So Yong has dedicated herself to educational opportunities for economically disadvantaged students and to socioeconomic inequality within the Korean American community. In 2014, she helped found the Korean American Community Foundation-San Francisco (KACF-SF) with friends, which seeks to “raise awareness of needs and issues, promote self-sufficiency, and foster a culture of philanthropy” in the Korean American community. KACF-SF provides grants to local organizations in San Francisco and raises awareness about the problems that the community faces. She has just completed a four-year term with the Mountain View Los Altos High School Foundation, an education foundation which supports the educational efforts of local high schools and is a current board member of the Parents Club of Stanford. 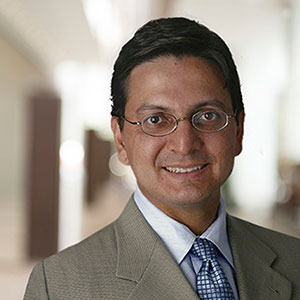 Eric Duran ’91, who majored in political science, is well known for his work as a community leader in Denver who wants children from low-income families to have access to computers, the Internet, and books. His efforts have led to three new libraries, including one in West Denver. In 2010, he was named the 9News Leader of the Year and was recognized for leading library-building efforts and for his contribution to the expansion of Flagstaff Academy in Longmont, Colorado, where he lined up the bonds required to move the school to a bigger building. He has worked at D.A. Davidson in Denver since 2004 and is a Woodrow Wilson fellow. Duran serves on the board of directors for the Colorado League of Charter Schools and the Denver Metro Chamber Leadership Foundation. In 2005, he was appointed to the Denver Library Commission and has served on the board of directors for Denver Health and Mi Casa, the Structural Financial Task Force in Denver, Denver’s Latino Advisory Committee, Denver’s Neighborhood Small Bond Project, and Leadership Denver. He received an honorary Doctor of Humane Letters degree from Colorado College in 2015. 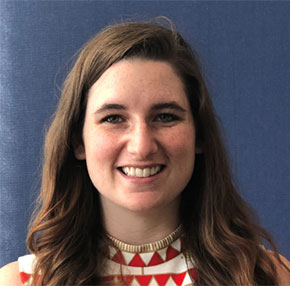 Onyx Bengston ’18, who will serve as the young alumni trustee, graduated with a degree in economics and business and a minor in Asian Studies with a Japanese language focus. She is a strategy associate with PNC, helping to guide innovation and transformation within the bank. She also is a PNC Certified Women’s Business Advocate, working to increase the presence of women in the corporate environment. At CC she was a first-generation independent student and a Bridge Scholar. She worked as an events intern, in the Finance Office, was on the Summer Music Festival team, and was a teaching assistant. She served on the President’s Council, co-chaired the Economics and Business Student Advisory Board, and co-founded the Women in Business chapter. She received the Van Skilling Award for Independent Work in Economics, the Robert E. Pizzi Scholarship, and has been a guest lecturer in the economics department. 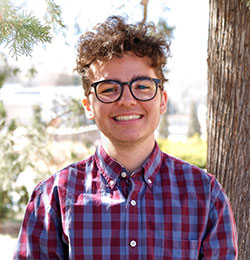 Elliott Williams ’21, who will serve as CC’s student trustee, is a political science major with an interest in political philosophy and theory. At CC Williams is a director and former cast member of “Relations,” a forward on the Cutthroat Rugby Team, and a four-year member of the Student Title IX Assistance and Resource Team (START). He also has addressed gender-based violence in the Colorado Springs community as a volunteer at TESSA and an intern at the El Paso County Domestic Violence Problem Solving Court. Student trustees serve a one-year term. 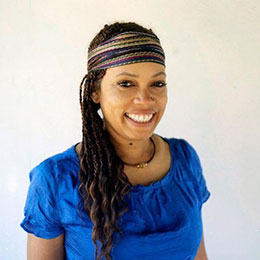 France Winddance Twine, a native of Chicago, was a dissertation fellow at Colorado College in 1993. She launched her academic career at the University of Washington in Seattle where she established the Latin American Studies Program in the Jackson School of International Studies. She is a professor of sociology and documentary filmmaker at the University of California, Santa Barbara, and is an enrolled member of the Muscogee (Creek) Nation of Oklahoma. She received an honorary Doctor of Humane Letters degree from Colorado College in 2019. A nationally prominent ethnographer and feminist race theorist, she has published 85 scholarly and artistic works including 10 books. Twine’s field research spans Brazil, Britain, and the United States, with support from the Rockefeller Foundation and the Andrew Mellon Foundation. She is the former deputy editor of the American Sociological Review, the flagship journal of the American Sociological Association. She serves on the international editorial boards of Sociology and the official journal of the British Sociological Association, Identities: Global Studies in Culture and Power.

Additionally, Associate Professor of Physics Kristine Lang has been promoted to professor. For the last decade, Lang has been collaborating with CC microbiologist Phoebe Lostroh to study the genetic and physical basis of natural transformation in bacteria.  In graduate school she studied high-temperature superconductors with scanning tunneling microscopy, receiving her Ph.D. from Berkeley in 2001. For her postdoctoral and pre-tenure research at Colorado College, she transitioned to using atomic force microscopy (AFM) to study thin insulators used in solid state quantum bits. Lang involves undergraduate students extensively in her research.