Rochelle T. Dickey is the acting dean of students and acting vice president for Student Life at Colorado College. She has previously served as senior associate dean of students, associate dean and director of minority student life and director of minority and international students, also at Colorado College. Rochelle is honored and excited to lead the Student Life Division in bringing the College’s values and mission to life through our ability to connect, integrate, and engage students.

Since 1990, she has worked to improve the lives of students by creating constructive conversation and building bridges. She received the Victor Nelson-Cisneros Award for her commitment to diversity and inclusion for all members of the CC community, and an Urban League Service Award for commitment to the welfare of minority students. Dickey received three awards from the NAACP; the Community Education Award, Freedom Fund Award, and was recognized for enduring support of civil rights and social justice.  She also received the CC Student Mentor Award for five years, as well as Advising Awards from CCSGA Student Government, Blue Key and Mortar Board National Honor Societies.

Rochelle has served on and chaired numerous campus and national committees, including the Associated Colleges of the Midwest Committee on Minority Concerns.  She is very excited and honored to be a recent recipient of the Gresham Riley Award for making a difference in the Colorado College community through outstanding service, commitment, and accomplishment.

She also has been instrumental in outreach and partnership efforts that connect CC to the greater Colorado Springs community and has served on the African-American Youth Leadership Conference Board of Directors for several years. Her involvement in community projects has focused on enhancing education and access for youth, so that they might have the kind of support she received as a first-generation college student.

The Rochelle T. Dickey Award for an Outstanding Event Contributing to the Empowerment of Communities of Color is presented by the Butler Center at Colorado College. She was a first-generation student at Colorado College, and earned her BA in Drama from CC and a Master’s in Education with a focus on Intercultural Counseling form the University of Colorado at Colorado Springs. She has directed and co-produced numerous theatrical performances at Colorado College over the years, performed professionally, served as assistant director of Mariachi Tigre, and is a member of the CC Choir. She is also a proud CC parent, as her son recently graduated from Colorado College. 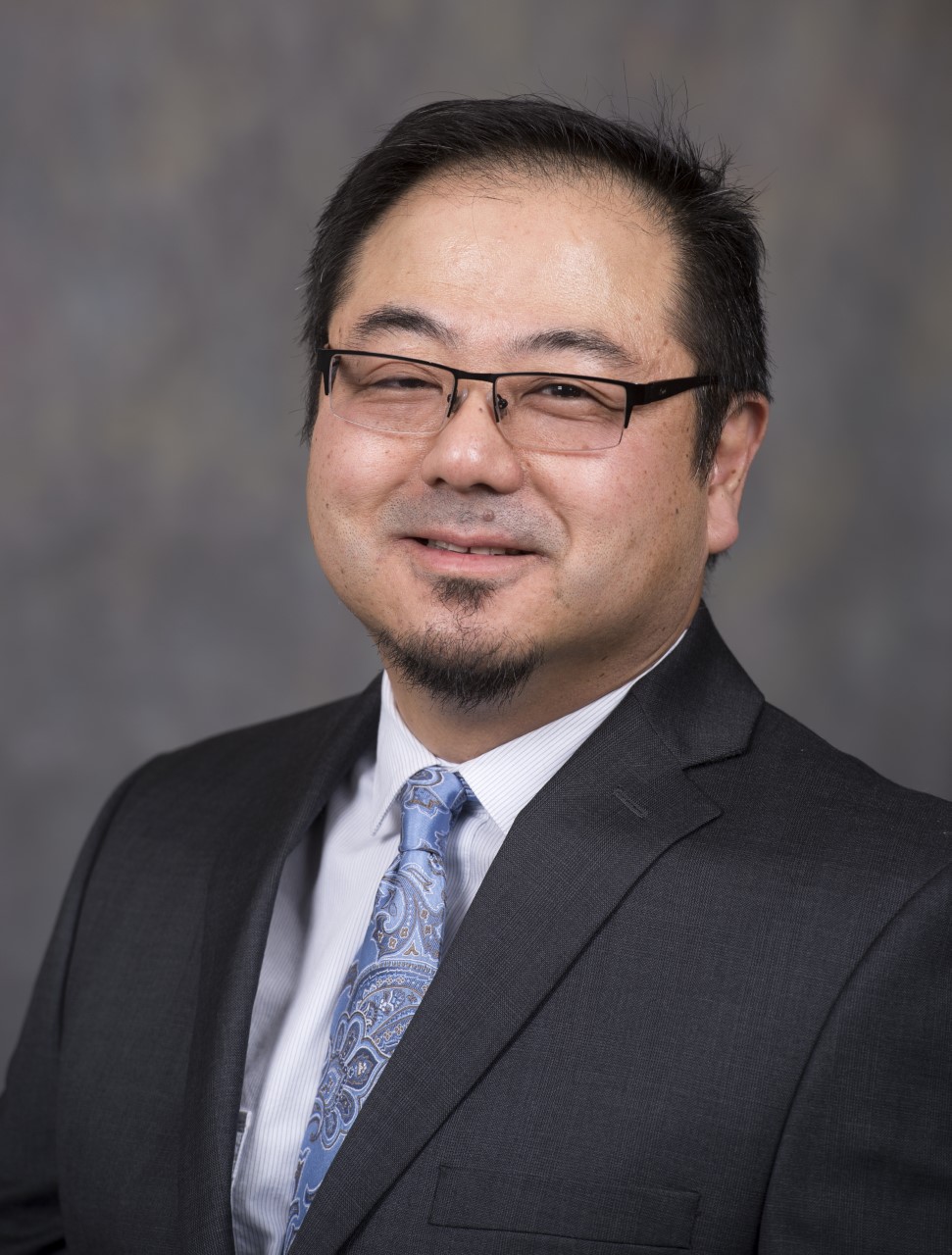 He has served as a faculty mentor for ACUHO-I STARS College and values authentic, mentoring relationships.  He looks forward to returning to a small liberal arts institution where he can get to know more students and staff.  When he is not advocating for students and staff at work, he spends his time tinkering with a few classic cars and hiking with his wife, Sue, and their 2 dogs. 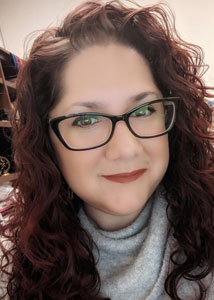 Senior Associate Dean of Students and Director of the Butler Center
rrodriguez@coloradocollege.edu
(719) 389-6169

Rosalie comes to CC from Bucknell University, where she was most recently the director of multicultural student services. In that role she worked closely with students of color, advising, mentoring, and connecting students to resources. In addition she developed and facilitated campus-wide programs to increase cultural awareness, understanding, and competence, and promoted the understanding of diverse cultures and perspectives including privilege and power relationships. She advised and supported multicultural student organizations.

Ryan Hammes began working for Colorado College as the Director of Outdoor Education in 2012. Previously, he was the coordinator of the Outdoor Recreation Program at Sonoma State University in northern California. He has taught courses in outdoor pedagogy and been published for his work in adventure education and rock climbing. Ryan holds a Bachelor of Science in Geology from the University of Wisconsin-Eau Claire and a Master of Science in Adventure Education from the University of Wisconsin-La Crosse. His extensive outdoor certifications include: technical rock climbing, avalanche analysis, backcountry skiing, and wilderness medicine. Ryan is active with the American Mountain Guides Association and the Association of Outdoor Recreation and Education.

Director of the Career Center
mnicklaus@coloradocollege.edu
(719) 389-6424

Megan Nicklaus began working for Colorado College as the Director of the Career Center in 2013. Previously, she was the Associate Director for the Center for Student Development at Vanderbilt University in Nashville, TN. She has extensive experience both with career coaching and campus recruiting programs. Megan holds a Bachelor of Science in Biology from the University of Dayton and a Master of Arts in Student Affairs in Higher Education from Indiana University of Pennsylvania. She is a member of several professional associations including the National Career Development Association. When she is not helping students with their transition, you can generally find her enjoying the outdoors rock climbing, hiking, or trail running.

Heather Horton, PhD, came to Colorado College in 2005. Prior to her appointment as Director of the Wellness Resource Center in 2012, she served as the college’s first Sexual Assault Response Coordinator for more than 8 years. Heather earned her B.A. in Psychology from the University of California at Davis, and an M.A. and Ph.D. in Clinical Psychology from Kent State University. She is a Licensed Clinical Psychologist and has more than 20 years of experience in providing mental health services and in working with survivors of interpersonal violence. Heather also has extensive experience with program development.

During her years here at Colorado College, much of her energy has gone toward developing and implementing comprehensive prevention programs focused on preventing violence, promoting mental health, and creating a healthy, caring campus community. She has been recognized by the college, receiving the Theodore Roosevelt Collins Award for commitment to diversity, as well as the college Mortar Board Honor. She is a member of a number of professional organizations including the National Association of Student Personnel Administrators (NASPA).

When not engaged with her work at the college, Heather enjoys hiking, camping, and making art.

As Director of Campus Activities & Student Orientation, Amy is responsible for welcoming new students and easing their transition to campus as well as overseeing many aspects of co-/extra-curricular student life such as student events and organizations. A product of the liberal arts, Amy values being a mindful, lifelong learner and strives to be a student-centered professional who values holistic development, recognizing the interconnectedness of students’ experiences and identities. She enjoys checking out live music, cooking for large groups, practicing Yoga, and going on adventures in the local area, sometimes with her 17 year old Chihuahua in tow, when not working. Originally from Texas, Amy attended college in Tennessee (at Sewanee) before heading to Ohio for graduate school (at Bowling Green State University) and most recently worked in Los Angeles, CA (at Occidental). Amy joined the Colorado College and Student Life team in July 2018 and is excited about helping continue to build and contribute to a supportive and inclusive campus community. 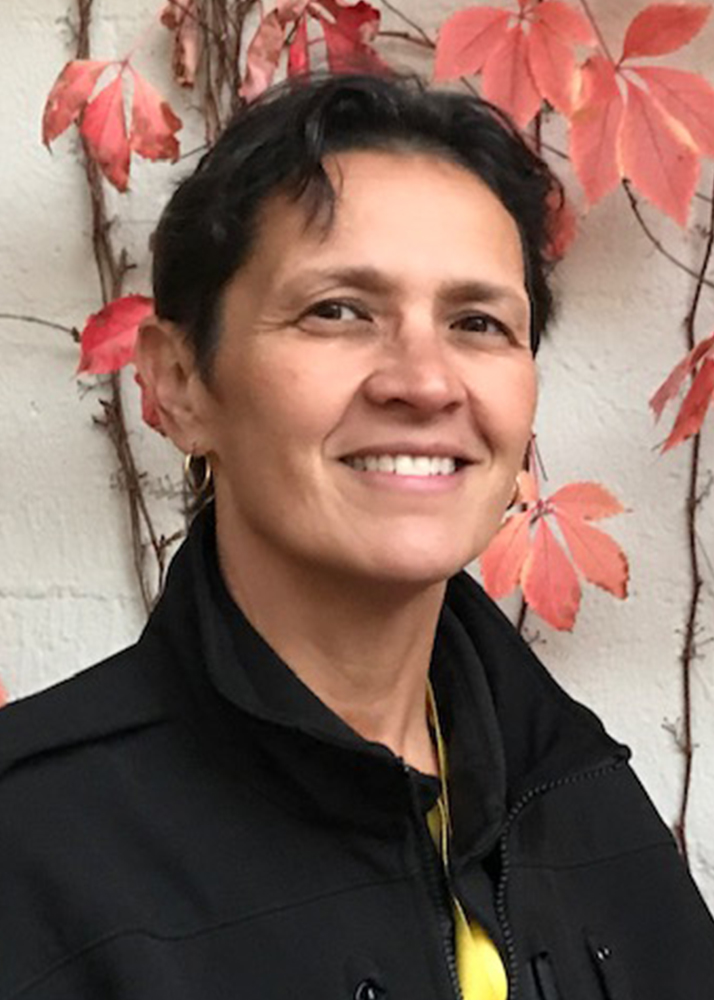 Maggie Santos graduated from Colorado College in 1986 with a degree in Spanish/Secondary School Teaching Certificate. She taught middle school and high school locally for five years, and in 1992, she became a police officer for Colorado Springs Police Department. As a CSPD officer, she spent time in the Neighborhood Policing Unit, taught DARE, Project Alert, and was a School Resource Officer. She was the project coordinator for the COPS Demonstration Center, working on the enhancement of community policing within CSPD and the Colorado Springs Community.  She was promoted in 2000, supervised Major Crimes Unit/Sex Crimes/Crimes Against Children Unit and retired in role of the Internal Affairs Lt.

She returned to Colorado College in 2015 as the Director of Campus Safety.

Ms. Leonard-Rock has spent over 20 years as an Assistant Dean of Students and Director of multicultural centers located in various places in the Midwest. At Gustavus Adolphus College (Saint Peter, MN) and at Edgewood College (Madison, WI) her responsibilities included creating an inclusive college campus by providing teaching and learning experiences for faculty, staff, and students; while also developing programs that served as a campus-wide catalyst to celebrate all aspects of diversity and promote the principles of social justice. At Edgewood College, Ms. Leonard-Rock developed and implemented the Community Scholars Program.  The Community Scholars program was established in 2007 to underscore Edgewood’s commitment to both diversity and inclusion in Dane County. At Beloit College, Ms. Leonard-Rock worked as an Assistant Director for both the Department of Public Instruction's pre-college “Help Yourself” program and the federally-funded TRIO program, Student Support Services.

Teresa Leopold started at Colorado College in March 2019. As the Director of Student Support, she will be coordinating student support efforts by collaborating with offices and faculty across campus to help students thrive. Before coming to CC, Teresa worked at Beloit College the past 30 years, most recently as the Associate Dean of Student, Director of Advising and Co-director of the First and Second Year program. Additional experiences at Beloit College included accessibility services, residential life, behavior intervention programs and she supervised the TRIO program, Learning Enrichment and Disability Services, Academic Advising, Field and Career Services, and the Health and Wellness Center. Teresa worked with faculty, staff members and offices across campus to support students and the mission of the college. 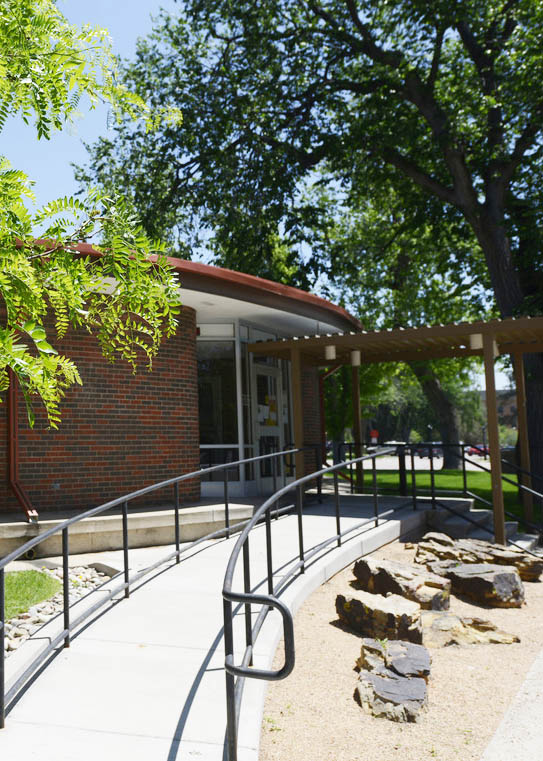 Director of the Counseling Center
wdove@coloradocollege.edu
(719) 389-6093

Bill Dove, PhD, is the Director of the Counseling Center and Psychological Services and is a licensed clinical psychologist in Colorado.  He is a CC graduate and received his doctorate from the University of Denver.  He has a broad range of clinical experience and has worked at the Counseling Center for many years.  Bill was previously the Director of Emergency Services for the local community mental health center and has been the clinical director of a number of different mental health programs in the Colorado Springs area. He has also maintained a private psychotherapy practice.   He has done research on young adult cognitive development and complex decision making.

Director of the Residential Experience
bgrubbs@coloradocollege.edu
(719) 389-6819