On April 6th and 7th, 2019, the first official Division III collegiate esports championship using a multi-game format was held at Schreiner University in Kerrville, TX. It was put on by the Southern Collegiate Athletic Conference (SCAC), and is called the SCAC Esports Showdown.

The colleges competed in Overwatch, League of Legends, Smash Bros Ultimate, and Fortnite. 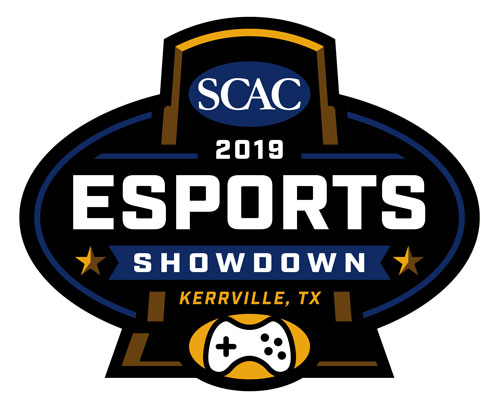 Participating college in SCAC were:

Since Overwatch and League of Legends are longer form games, we conducted preliminary matches in late February and throughout March. Each college team played each other one time, with the overall score determining seeding for the tournament on 4/6 and 4/7. Smash and Fortnite conducted the entirety of the competition at the live tournament.

Since there were 4 separate games being played, points are awarded to each college based on their final standing (1st place is 10 points, 2nd place is 8 points, and so on). The college with the highest point total overall won first place and was presented with a trophy to commemorate their achievement. In addition, players on each separate game will be awarded medals for 1st, 2nd, and 3rd place).

CC is excited and honored to have won first place at this historic event! 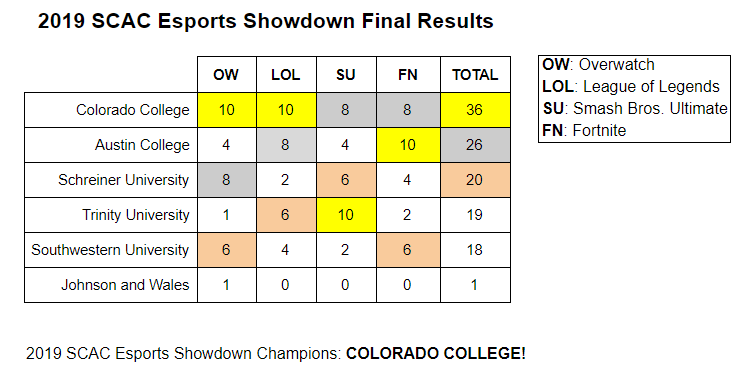 Note that you can click the links to watch the video for each game!