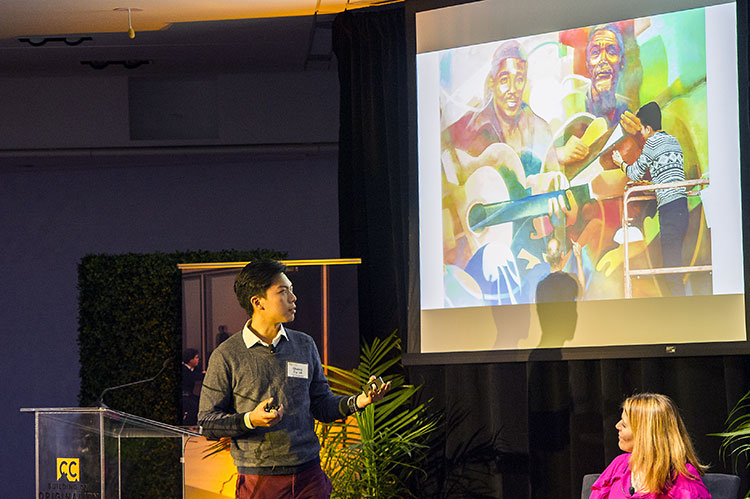 More than 150 people joined President Jill Tiefenthaler and Colorado College Trustee John Troubh ’79 April 19 at The New York Academy of Sciences in New York City for Changemakers Who are Enlivening the Arts.

A discussion with Nancy Nagel Gibbs '71, Gareth Saxe '93, and Marc Webb '96 was moderated by Tom Lindblade, Colorado College Professor of Theatre and Dance.

View photos from the event. Jonny Goldstein '91 made a video from his sketchnotes of the event. Learn more on his blog.

Learn more about CC Across the Country events.