WES was founded in 1889 to give assistance to the students of Colorado College.

Colorado College is accredited by the Higher Learning Commission. Colorado College is an equal opportunity employer committed to increasing the diversity of its community. We do not discriminate on the basis of race, color, national origin, gender, age, religion, gender identity or expression, disability, or sexual orientation in our educational programs and activities or our employment practices.

Read about our newest scholars: 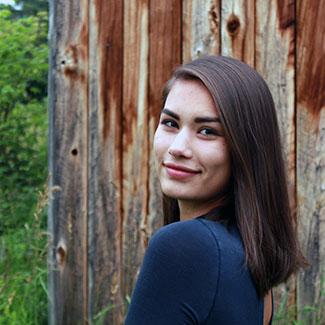 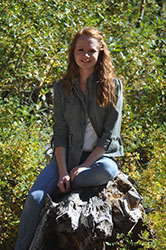 WES has a dual purpose of supporting scholars, but also bringing the community and the college together. A WES member today contributes to tuition and book allowances for 20 Colorado College women selected as “WES Scholars” for their achievement, academic and personal promise, as well as financial need. A WES member has many opportunities to interact with WES Scholars through social events, fundraisers, and campus activities. Currently, WES has 230 members.

Mary G. Slocum, the wife of the William F. Slocum, an early president of Colorado College, founded WES. Mary used the phrase "a quiet work" in 1897 to characterize WES’ accomplishments, from capital projects to equipment purchases to lectures to scholar support. Among its lengthy list of quiet works are the following highlights:


“The WES scholarship and other scholarships I received through CC played a huge role in my decision to attend this institution.” — Amairani Alamillo ’16

“WES has made a huge difference, especially as far as the book scholarship. It has definitely reduced loans and financial stress on my parents.” — Kayla Fratt '16


“We are proud of each WES scholar and her potential for a bright future. We want to make a positive difference in their college experience.”
— Scholarship Committee co-chairs Elaine Derbenwick and Helen Knight