“We were trying to get our stories into the Catalyst, the CC newspaper. Our stories weren't getting published, and so we kept sending letters to the editor saying, "Why aren't you putting in our stories, or our letters to the editor?" or whatever it was that we were trying to submit to the school newspaper. And they were just saying, "We're not interested in the story, it's not something we want to print," or whatever their issue or whatever their excuse was. So we got frustrated and decided, why are we trying to get our college newspaper to publish our stories? Why don't we just start our own? So we got together, again different members from different groups, and we started scheduling monthly dinners at the students' apartment off campus, and we started writing our stories and putting them together in a newsletter.” 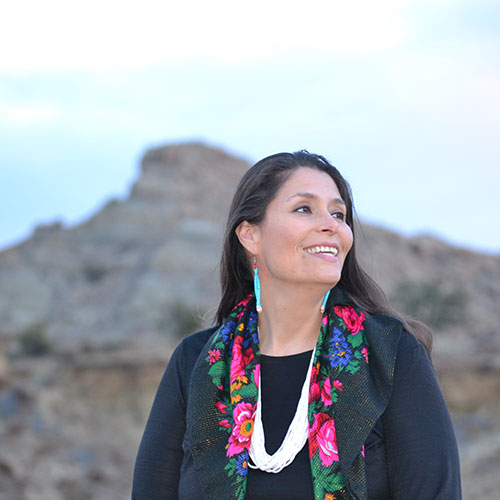 Growing up on the Navajo Nation near Tohlakai, New Mexico, Sonlatsa Sunshine Jim-Martin is a healthcare and healthcare workers’ advocate whose formative experiences with nutritional deficits and health issues paved her way to Colorado College and her work beyond.

Her studies at Colorado College began in the fall of 1990, with considerable guidance from Roberto Garcia, former director of admission at CC. Garcia for years recruited the best Native American students from around Colorado and the Southwest, and maintained a close personal connection with many of the students he helped recruit to the college. 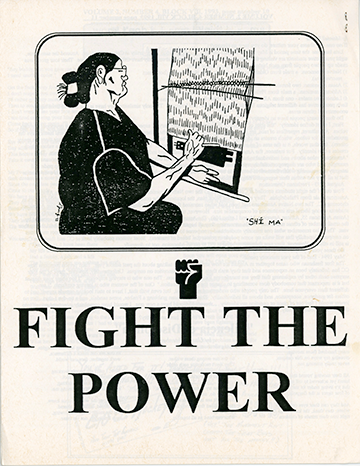 See copies of Fight the Power and other publications with contributions from Sonlatsa Sunshine Jim-Martin ’94, P’19

As a CC Tiger on the NCAA Division III women’s basketball team, Jim-Martin developed an appreciation for her own health and wellbeing, as well as the possibilities that health and wellness present to students and young people. Majoring in anthropology at the college, with a minor in Southwest studies, Jim-Martin struggled to find community at CC initially. Coming from a 99 percent Native American community to a predominantly white institution, Jim-Martin immersed herself in student activism, from her involvement in the Native American Student Association to co-founding an underground newspaper to publish stories by Native students and students of color called Fight The Power. She and the other students scheduled the publication around their classes, often working late into the night to cut and paste content by hand, distributing the finished papers after thousands of copies had been made for all to see.

After CC, Jim-Martin traveled around Oklahoma and Montana, observing the programs and systems in place on tribal lands, determined to take improvements back to her home in New Mexico. She went to work in tribal policy development (initially in human resource management then in tribal education) and later in social services and public health, where she still focuses her efforts today as the program manager for the Centers for Disease Control and Prevention-funded Racial and Ethnic Approaches to Community Health grant. For this grant, Jim-Martin plans and implements programming that addresses health and healthcare disparities across the Navajo Nation.