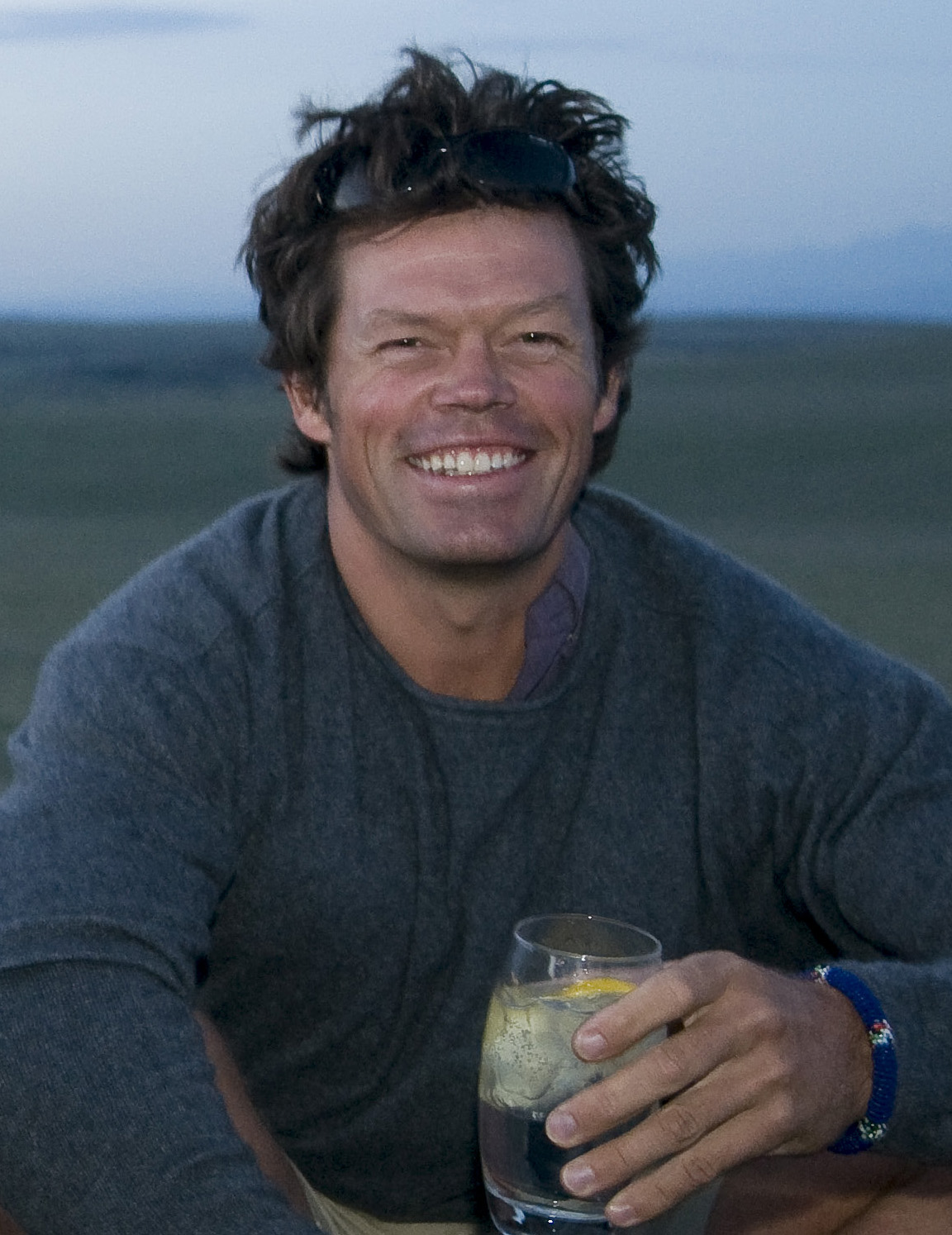 Pete McBride, a Native Coloradan, has spent almost two decades studying the world with his camera. A self-taught, award-winning photographer, he has traveled on assignment to over 60 countries for the publications of the National Geographic Society, Smithsonian, Outside, Men’s Journal, Esquire, and many others. After a decade working abroad, Pete decided to focus his cameras closer to home on a subject closer to his heart. Combining his passion for aviation and his belief in conservation, he partnered with Jon Waterman and spent over two years documenting his local river — the Colorado. This journey culminated in a coffee table book: “The Colorado River: Flowing Through Conflict”, an award-winning short film, “Chasing Water” and a traveling museum exhibit/lecture currently on display at the Denver Museum of Nature and Science.

When not lost on assignment, you can find Pete in Basalt, Colorado where he serves as a local council member, or on his family’s cattle ranch nearby working in the fields where he grew up,cutting hay or “chasing water” (irrigating). You can see samples of Pete’s work at: petemcbride.com

Jonathan Waterman is the author of The Colorado River: Flowing through Conflict (coauthored with Peter McBride), Running Dry: A Journey from Source to Sea Down the Colorado River and nine other popular books. Three-time winner of the Banff Best Adventure Travel Book award and a NEA Literary Fellowship, he works as an immersion journalist, making arduous passages through remote landscapes to develop an intimate sense of place. Supported by the National Geographic Society during many of these journeys, he is now researching and photographing 16 drying rivers in the southwest, in hopes of affecting public policy before these waterways are lost. For more information see: jonathanwaterman.com 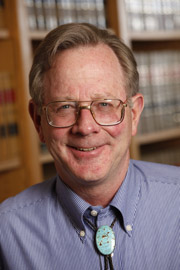 Justice Greg Hobbs has served on the Colorado Supreme Court since May 1, 1996. He earned his J.D. from Boalt Hall, University of California at Berkeley, 1971, and has a B.A. in History from the University of Notre Dame, 1966. He practiced environmental, water, transportation, and land use law for 23 years before becoming a member of the Colorado Supreme Court. During his legal career, he worked as a law clerk at the United States Court of Appeals for the Tenth Circuit, an enforcement attorney for the Environmental Protection Agency, a Colorado First Assistant Attorney General for Natural Resources, and a partner with the law firms of Davis, Graham & Stubbs and Hobbs, Trout & Raley. He is Vice-President of the Colorado Foundation for Water Education and a co-convener of the Western Water Judges educational program, Dividing the Waters.
Justice Hobbs is also the author of a number of books including: In Praise of Fair Colorado, The Practice of Poetry, History and Judging (Bradford Publishing Co. 2004), Colorado Mother of Rivers, Water Poems (Colorado Foundation for Water Education 2005), The Public’s Water Resource, Articles on Water Law, History, and Culture (Continuing Legal Education in Colorado, Inc. 2007), and Living the Four Corners, Colorado Centennial State at the Headwaters (Continuing Legal Education in Colorado, Inc. 2010). Learn more about Justice Hobbs by clicking here. 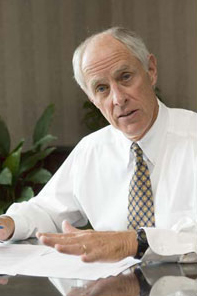 Lawrence MacDonnell is a Professor of Law at the University of Wyoming College Of Law teaching courses on Water Rights, Public Lands, and Natural Resources. He is also the faculty advisor for the Wyoming Law Review. MacDonnell has previously served as the original director of the Natural Resources Law Center at the University of Colorado School of Law and as an Assistant Professor in Mineral Economics at the Colorado School of Mines. He has worked in private law practice, as a consultant, and for nonprofit organizations.
Professor MacDonnell's research, writing, and speaking focus on water, natural resources and the environment. He is especially interested in ways to make development and use of natural resources more environmentally sustainable. He has also been instrumental in the organization and establishment of community-based watershed protection and restoration groups including the Colorado Watershed Assembly and the Colorado Water Trust. Learn more about Professor MacDonnell by clicking here. 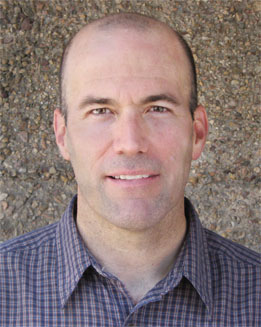 Bart Miller is Water Program Director at Western Resource Advocates (WRA), a non-profit law and policy organization dedicated to protecting the West’s land, air, and water. At WRA he directs projects throughout the region to improve urban water use efficiency, minimize the water-related impacts of energy development, and protect and restore river flows and other habitat in many river basins. He represents other conservation organizations in civil litigation, lobbies for legislation, and promotes forward-looking environmental policy.
Prior to joining WRA in 2000, he spent 4 ½ years as an attorney-advisor in the Solicitors Office in Washington, DC, on the legal staff that advises the many agencies within the United States Department of the Interior. Mr. Miller graduated cum laude from Dartmouth College in 1988 and received his J.D. from University of Colorado’s School of Law in 1995. He is admitted to the bar in Colorado. Click here to learn more about Western Resource Advocate’s Water Program. 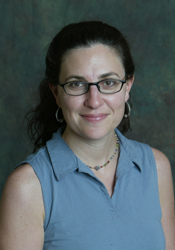 Jennifer Pitt manages the Environmental Defense Fund’s efforts on the Colorado River, to protect and restore the delta and reform water policy. She works with water users throughout the Colorado basin to develop practical programs to restore river habitats, and critically, to dedicate water to environmental resources. Her expertise includes the US-Mexico border environmental issues, the legal and policy framework for Colorado River management, the economics of water use and water transfers, and the science of river restoration.
Prior to joining EDF in 1999, Jennifer worked on river restoration for the National Park Service, and as a legislative aide to Congressman Mike Kopetski (OR-5). She has also worked as a ranger at Mesa Verde and Sequoia National Parks. Jennifer has an AB from Harvard College and an MES from the Yale School of Forestry and Environmental Studies. Click here to learn more about Jennifer and her work at EDF. 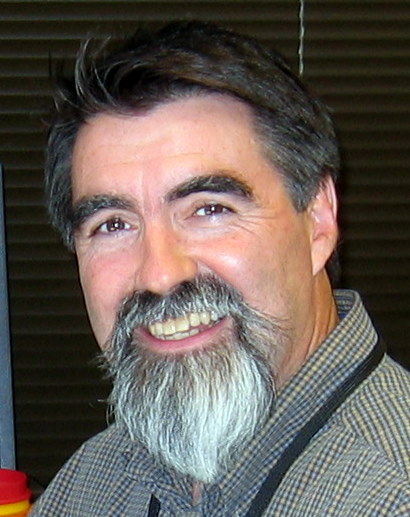 Tom Chart is an East Coast native that fled for the West immediately following high school. He received undergraduate and M.Sc. degrees in Fishery Biology from Colorado State University in the 1980’s. His graduate studies got him hooked on the native fishes of the Colorado River system when he studied the initial effects of mainstem impoundment on the fish community of Colorado’s White River.
He has worked for a variety of State and Federal agencies throughout his career, most recently accepting the position of Director of the Upper Colorado River Endangered Fish Recovery Program in 2009. Tom met his wife Leslie at CSU; their sons Seth and Nate are currently attending college in the Pacific Northwest.
Learn more about the Upper Colorado River Endangered Fish Recovery Program.

Beth Conover has worked for twenty-five years at the intersection of environmental protection and economic development. As policy advisor to Denver mayor John Hickenlooper, she was the architect of Greenprint Denver, one of the nation’s earliest and largest urban sustainability programs, and helped lay the groundwork for the greening of the Democratic National Convention in 2008. She is a graduate of Brown University and holds a joint MBA/masters of environmental studies from Yale University. Conover is a founding partner in the consulting firm Econover, LLC, which does strategic planning, program development and policy consulting on resource sustainability and climate change issues in the public, private and non-profit sectors. She is a native of Denver, Colorado, where she lives with her husband, Ken Snyder, and their two sons. Learn more about Beth Conover by clicking here. 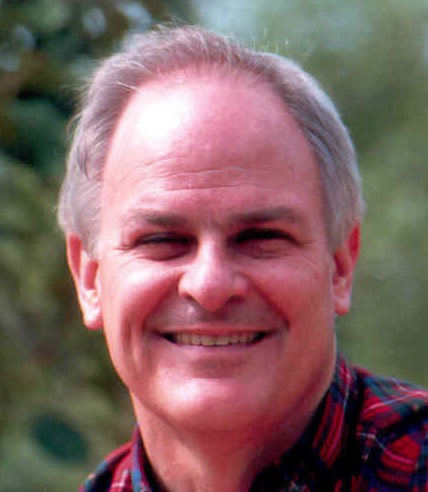 Stephen Saunders is the founder and president of the Denver-based Rocky Mountain Climate Organization, which works to protect the West and its climate by bringing about action to reduce heat-trapping pollution and to prepare for the impacts of a disrupted climate. Stephen oversaw RMCO’s Colorado Climate Project, in which 117 leading Coloradans developed a statewide agenda of actions to reduce Colorado’s contribution and vulnerability to climate disruption, including the first outline of statewide actions in the interior West to meet future water needs in the face of climate change. Stephen is the lead author of several reports on climate-change impacts, including Less Snow, Less Water: Climate Disruption in the West and Hotter and Drier: The West’s Changed Climate. He formerly served as the Deputy Assistant Secretary of the U.S. Department of the Interior over the National Park Service and the U.S. Fish and Wildlife Service, as the national policy director in a presidential campaign, and as staff director and senior staff member in a congressional policy organization, two congressional committees, and in the offices of Colorado’s Representative Tim Wirth, Senator Gary Hart, and Representative David Skaggs. Stephen has a law degree from the University of Denver. Learn more about Stephen and his work here. 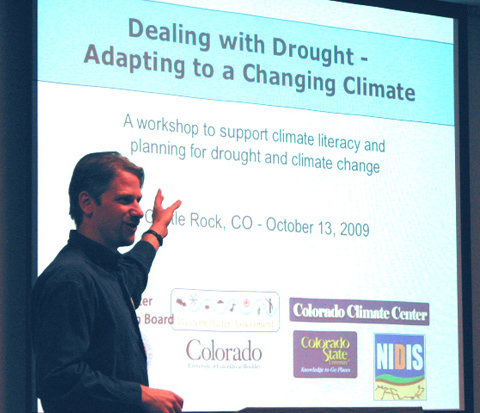 Jeff Lukas is an Associate Scientist for the Western Water Assessment, a joint effort of the Cooperative Institute for Research in Environmental Science at CU- Boulder and the National Oceanic and Atmospheric Administration (NOAA). Jeff’s research focuses are climate variability and climate change in the interior West and their impacts on human activities and ecosystems, extraction of multi-century climate records from long-lived conifers, and the application of tree-ring data to water resource management. Jeff has worked on numerous publications regarding climate and water management, as well as having presented to groups such as Denver Water Planning Forum and the Upper Colorado River Basin Commission. Learn more about the Western Water Assessment by clicking here. 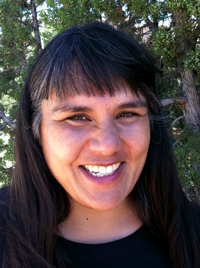 Bidtah Becker, a member of the Navajo Nation, is currently employed with the Navajo Nation Department of Justice where she focuses on pursuing and protecting the Nation's water rights. She is a graduate of the University of New Mexico School of Law and the Georgetown University School of Foreign Service. While in law school, Ms. Becker was a founding member of the on-line Tribal Law Journal, http://tlj.unm.edu/. She is married to Paul Spruhan and they have two beautiful children, Bahe and Tazbah. Click here to learn more about the Navajo Nation’s water rights and the Colorado River Basin.

Osvel Hinojosa-Huerta is the Director of the Water and Wetlands Program and the Associated Director of the Birds Program of Pronatura Noroeste, based in San Luis Río Colorado, Sonora. He obtained his PhD, specializing in Wildlife Ecology at the University of Arizona. Osvel has worked in research and conservation projects in Northwestern Mexico since 1997, especially in riparian and wetland areas in the Desert of Sonora.
In recent years, he has designed and directed the efforts to restore the Colorado River delta, including the implementation of strategies to reestablish the water flows in the river and the implementation of reforestation activities and wetland restoration. Nationally and internationally, he has participated in the design of strategies for the conservation of rivers and wetlands, the conservation of key areas for birds, and in the design of monitoring protocols for protected species. Learn more about Osvel and his work with ProNatura, Mexico’s oldest environmental group. 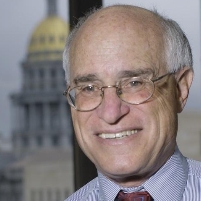 Harris Sherman is the Under Secretary for Natural Resources and Environment at the United States Department of Agriculture. As Under Secretary, he oversees the United States Forest Service and the Natural Resources Conservation Service.  Before joining USDA, Sherman served from 2007 until 2009, as the Executive Director of Colorado’s Department of Natural Resources, under Governor Bill Ritter where he oversaw Colorado’s water, energy, wildlife, parks, forestry, and state lands programs. Previously, from 1975 to 1987, he was Colorado’s DNR Director under Governor Richard Lamm. Sherman has also served as Chairman of the Colorado Oil & Gas Commission, Commissioner of Mines, Chair of the Colorado Water Quality Control Commission, and Chair of the Denver Regional Air Quality Council.  Between his two stints as Department of Natural Resources Director, Sherman was the Managing Partner of the Denver Office of Arnold & Porter, an international law firm, where he specialized in natural resources, water, energy, public lands, and American Indian law. He has served on a wide variety of public and non-profit boards including the Denver Water Board, the National Advisory Board for Trust for Public Land, the Nature Conservancy, and Colorado College.  Throughout his career, Sherman has dedicated himself to conserving and improving our Nation’s natural resources. He received a B.A. degree from Colorado College in 1964 and has a law degree from Columbia University Law School.