After hiking up into Wyoming's Wind River Range to the source of the Green River on Wednesday October 12, 2011, two Rockies Project field researchers began a journey down the length of the Colorado River Basin. 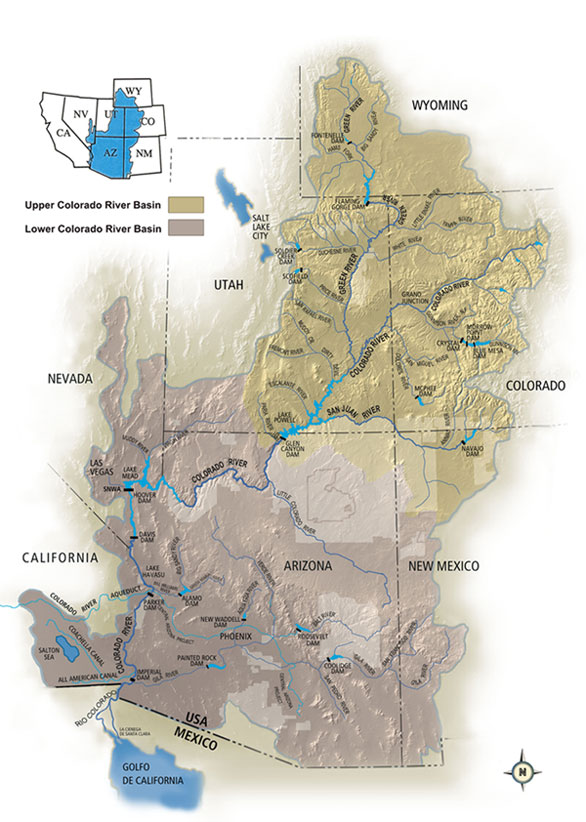 On January 29, 2012, they reached the Sea of Cortez. From portaging the numerous dams of the basin, to slogging through the remnants of the Colorado River delta, the two researchers reported from the field on the state of the basin. The two Rockies Project field researchers bring a personal narrative of the river they winessed to this year's Rockies Project- The Colorado River Basin: Agenda for Use, Restoration, and Sustainability for the Next Generation.

Explore the interactive map from last year's Source to Sea expedition with links to photos, videos, blogposts, and media from the trip:

Check out this video of Will and Zak discussing the state of the Colorado River Delta with Department of Interior officials. Will and Zak were on site at the Morelos Dam on the border of the U.S. and Mexico:

Paddlers' Perspective: The Colorado River Delta from State of the Rockies Project on Vimeo.

Check out this short film highlighting our expedition managers Will Stauffer-Norris and Zak Podmore on the radio show eTown recorded in front of a live audience in Boulder, Colo.