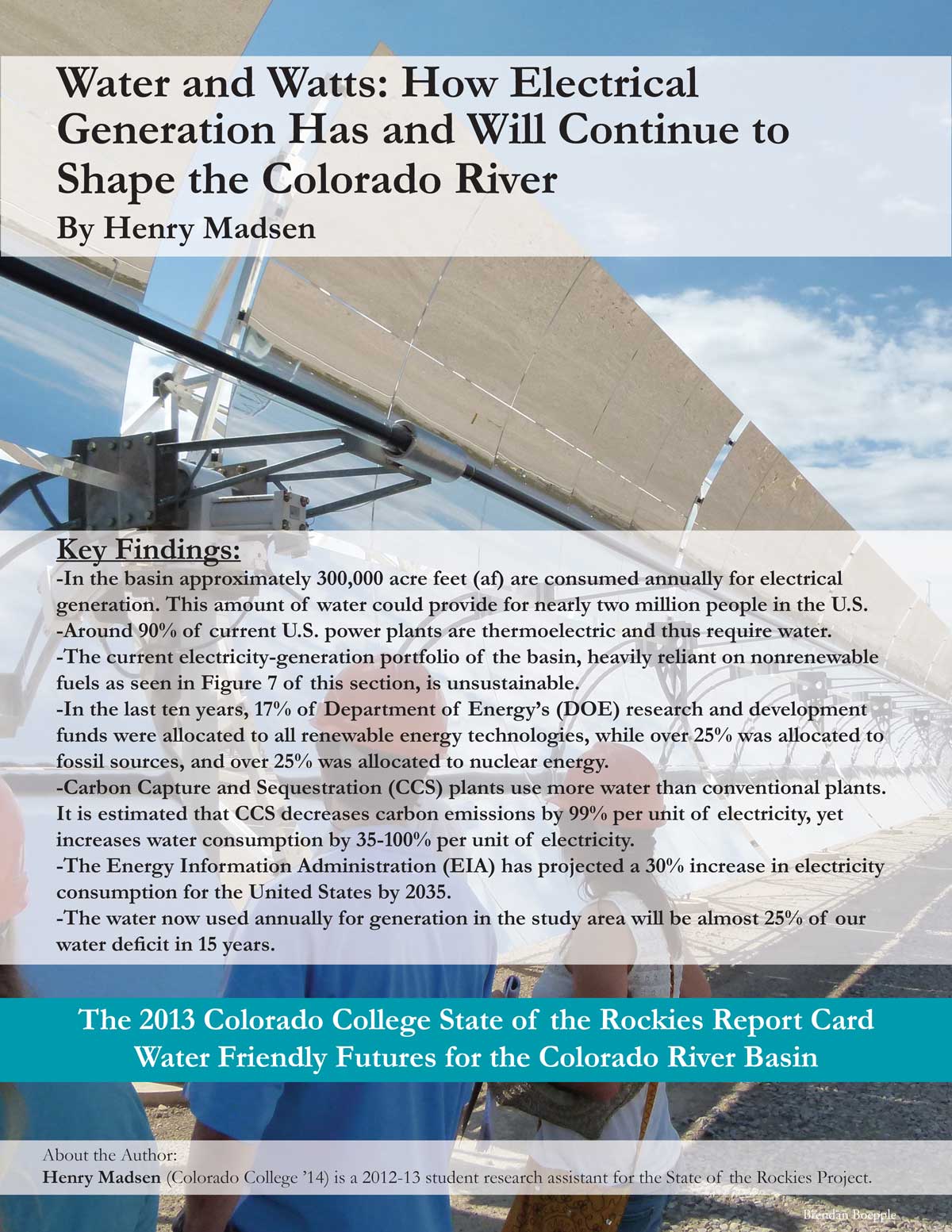 Water and Watts: How Electrical Generation Has and Will Continue to Shape the Colorado River

-In the basin approximately 300,000 acre feet (af) are consumed annually for electrical generation. This amount of water could provide for nearly two million people in the U.S.
-Around 90% of current U.S. power plants are thermoelectric and thus require water.
-The current electricity-generation portfolio of the basin, heavily reliant on nonrenewable fuels as seen in Figure 7 of this section, is unsustainable.
-In the last ten years, 17% of Department of Energy’s (DOE) research and development funds were allocated to all renewable energy technologies, while over 25% was allocated to fossil sources, and over 25% was allocated to nuclear energy.
-Carbon Capture and Sequestration (CCS) plants use more water than conventional plants. It is estimated that CCS decreases carbon emissions by 99% per unit of electricity, yet increases water consumption by 35-100% per unit of electricity.
-The Energy Information Administration (EIA) has projected a 30% increase in electricity consumption for the United States by 2035.
-The water now used annually for generation in the study area will be almost 25% of our water deficit in 15 years.

Click here for the full section in the 2013 Report Card 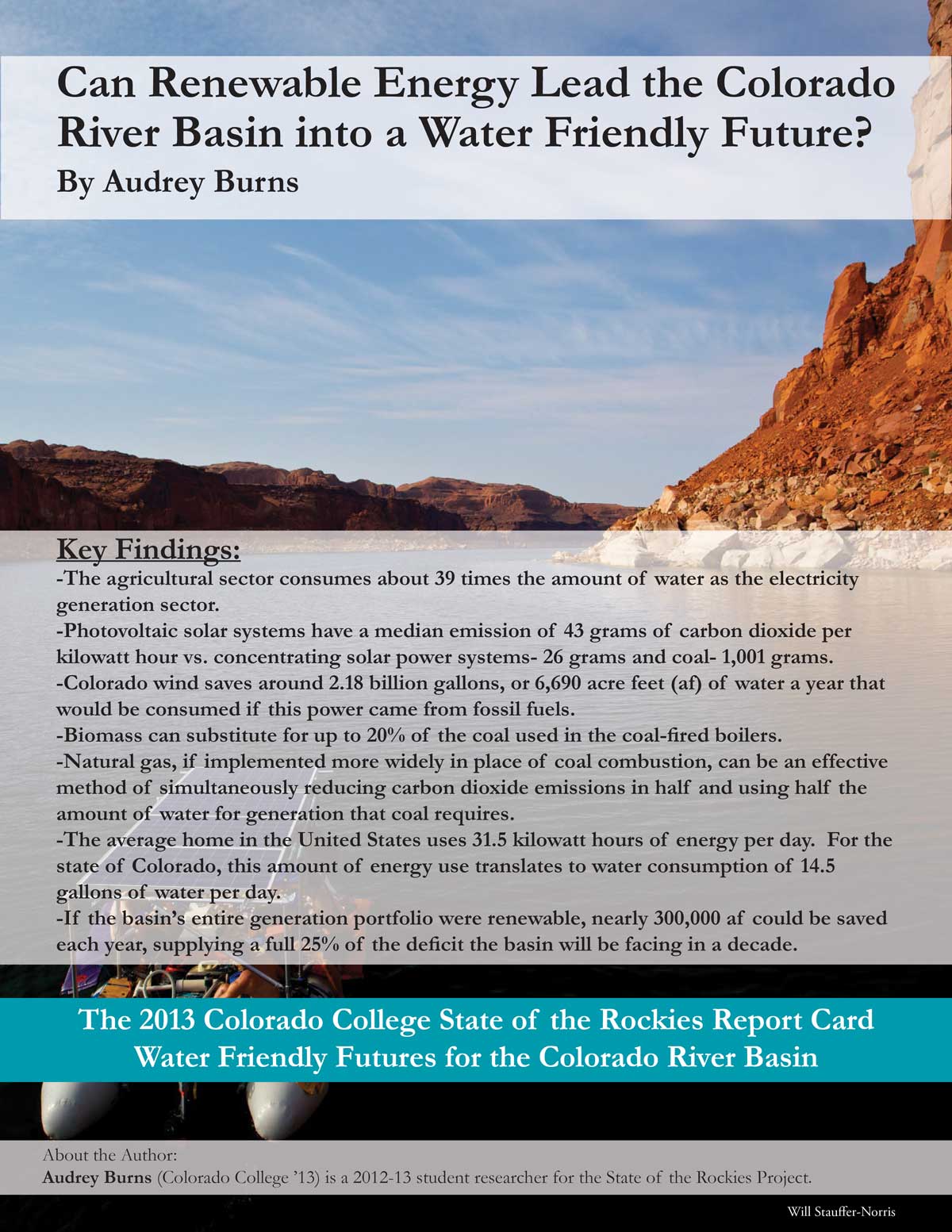 Can Renewable Energy Lead the Colorado River Basin into a Water Friendly Future?

-The agricultural sector consumes about 39 times the amount of water as the electricity generation sector.
-Photovoltaic solar systems have a median emission of 43 grams of carbon dioxide per kilowatt hour vs. concentrating solar power systems- 26 grams and coal- 1,001 grams.
-Colorado wind saves around 2.18 billion gallons, or 6,690 acre feet (af) of water a year that would be consumed if this power came from fossil fuels.
-Biomass can substitute for up to 20% of the coal used in the coal-fired boilers.
-Natural gas, if implemented more widely in place of coal combustion, can be an effective method of simultaneously reducing carbon dioxide emissions in half and using half the amount of water for generation that coal requires.
-The average home in the United States uses 31.5 kilowatt hours of energy per day. For the state of Colorado, this amount of energy use translates to water consumption of 14.5 gallons of water per day.
-If the basin’s entire generation portfolio were renewable, nearly 300,000 af could be saved each year, supplying a full 25% of the deficit the basin will be facing in a decade.

Click here for the full section in the 2013 Report Card

Interactive map with information from theEnergy and Water Use Section:

Click here to return to the 2013 State of the Rockies Report Card homepage.

To view other major sections of the 2013 Report Card, please use the menu below: