Director of the Residential Experience
(she/her/hers)bgrubbs@coloradocollege.edu(719) 389-6819

Bethany, who is from Mechanicsburg, PA, received her BA from Penn State University and her MA from the University of Delaware.  In addition, Bethany has also lived in Atlanta, GA.  Outside of Higher Education, Bethany loves bicycling, hiking, and playing board games.  After a long day of work, Bethany is usually hurrying to day care to pick up her pre-k son Anthony so they can have some fun before dinner and bed.  When considering why she worked towards a career in Higher Education, Bethany says, “being an undergraduate RA at Penn State brought me out of my shell and showed me how I could be a confident leader and positively impact others with the effort and work I put into my job. It also showed me that when you're passionate about your work it can be a ton of fun.”

Bethany’s favorite place on Campus is the garden next to Facilities’ Van Briggle building because it is peaceful, quiet, and a lovely place to walk or sit and read a book.  As food and self-care are big favorites of the Residential Experience Team, Bethany‘s favorite place to eat in the Springs is Little Nepal Indian Restaurant!  For self-care, Bethany finds going to the spa for a pedicure or message to be the best!  Aside from the typical things, you would talk to the Director of the Residential Experience about, go chat with Bethany if you love exploring student leadership, have kudos or critiques for an RLC or Residential Experience policy, or have a question that could not be answered by an RLC.  Shoot her an email to set up a time to meet!

Kaylee, who is from San Diego, CA., received her Bachelor of Art in Psychology from California State University, San Marcos where she played four years of collegiate lacrosse and was heavily involved in student life. Then earned her Master of Science in Counseling with an Emphasis in Student Development in Higher Education from California State University, Long Beach (GO Beach!) where she served in residence life and other on campus organizations. When considering why she committed to a career in Higher Education, Kaylee says “I am committed to fostering a safe, inclusive, and welcoming ‘home away from home’.  I have a passion for fostering developmental and intentional spaces for students to thrive!” Outside of work, Kaylee enjoys exercising, spending time with friends, and soaking up the sunshine! She also enjoys foodie spots and breweries.

James, who is from De Pere, WI, received his BS in Organizational Communication from the University of Wisconsin-Eau Claire where he worked with a variety of campus entities like Career Services, Gender and Sexuality Resource Center, and the University Foundation. He then worked in the private sector and in university fundraising for a year and a half before returning to school to get his MS from University of Wisconsin-Stout in Clinical Mental Health Counseling with concentrations in Alcohol and Other Drug Abuse treatment and Eating Disorder treatment. One of his main passions when working in higher education is building relationships with students and helping them to gain skills that will help them in their chosen career after school. I have a great passion for helping students access opportunities that they weren’t aware were an option for them. Outside of work, James enjoys hiking with his dog, Ember, trying new foods, and just about anything associated with drag queens. He is excited to see more of Colorado and the Springs and be able to become a part of the community.

Luis, who is from Santa Fe, NM, received his Bachelor's in Psychology and Sociology from the University of New Mexico and his Master's of Educational Leadership from Portland State University.  Outside of work, Luis loves teaching his dog Orion to dance bachata, going to foodie spots and breweries, and creating calligraphy/lettering/grafitti pieces.  After a long day of work, Luis is usually boxing, cuddling or hiking with his pup, or talking to his family.  When considering why he worked toward a career in Higher Education, Luis says, "I want to help foster a transformative time of growth.  College was my most transformative time, but only because of the community I was fortunate enough to have, so I want to help build that for others!"

Outside of his buildings, Luis' favorite place on campus is the rooftop of Shove Chapel because it's fun walking up the spiral staircase and the view is very pretty.  As food and self-care big favorites of the RLC team, Luis' favorite place to eat in Colorado Springs is La Flor de Jalisco because they are the realest tacos in the city, and they are mi gente!  For self-care, Luis finds going to the movies or watching TV, singing on long drives, or traveling to be the best!  Aside from the typical things you would talk to an RLC about, go chat with Luis about tattoos and tattoo culture around the world, all things comedy, NEW MEXICO, and food! 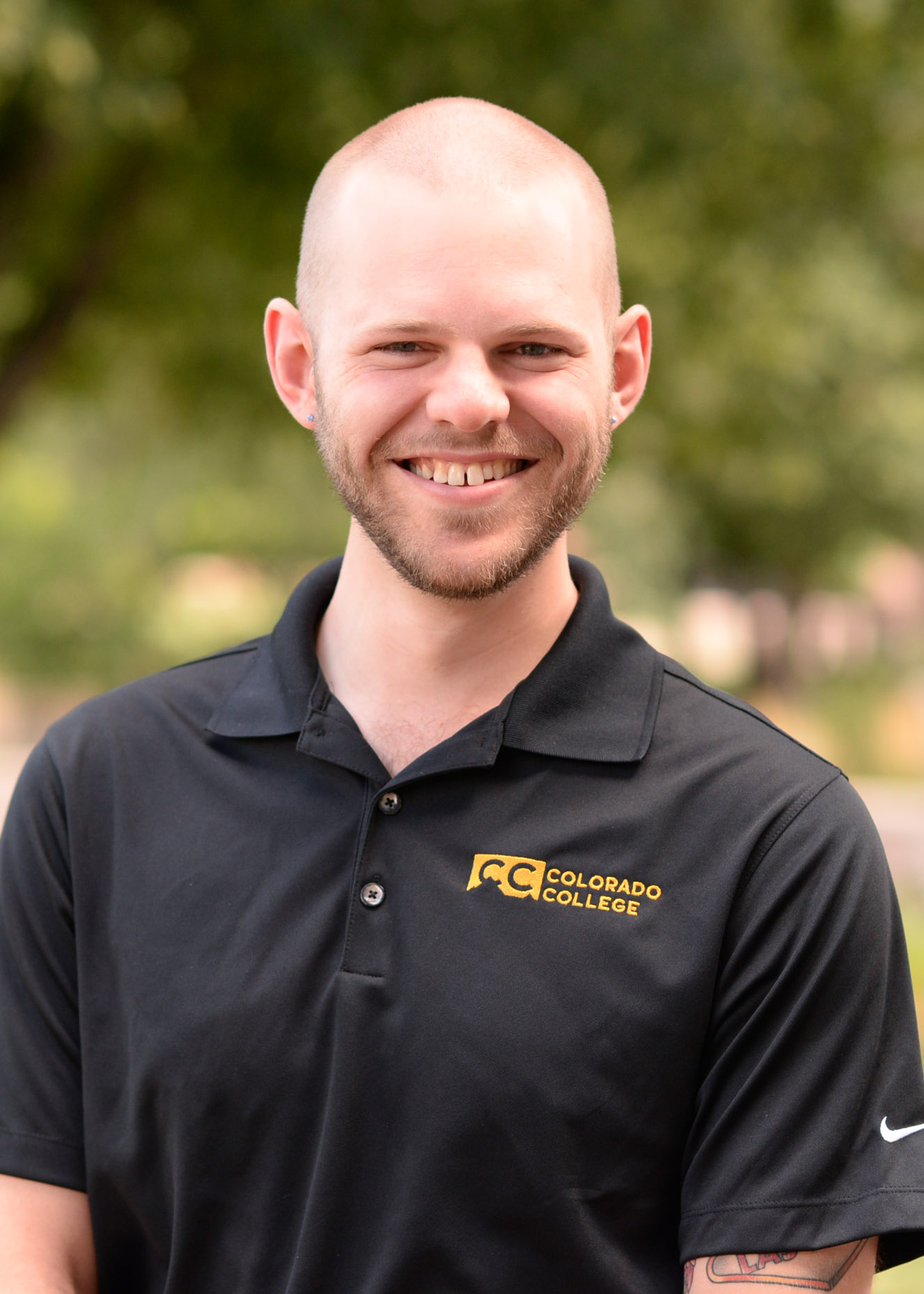 Sergio, who is from St. Paul, MN, received his Bachelor's from Colorado College in 2016.  In addition, Sergio has also lived in Peru, Nebraska.  Outside of work, Sergio loves exploring the city by bike or foot, going to concerts like some of his all-time favorites (Kacey Musgraves, Bruce Springsteen, and Dierks Bentley), or going to Las Vegas, a city he has visited over 15 times.  Sergio is usually biking, doing the incline, trying a new recipe, cheering on the Tigers to victory, playing trivia, or simply having some quiet alone time.

When considering why he worked ward a career in Higher Education, Sergio says, "Being an RA at Colorado College is the best job I've ever had, so I wanted to help other students have a great experience."  Outside of his building, Sergio's favorite place on campus is Palmer Hall because 90% of his classes were there, much to the chagrin of his advisor.  Sergio's favorite place to eat in Colorado Springs is Jose Muldoon's.  For self-care, Sergio likes to do yoga, work out, listen to music, and sleep in.  Aside from the typical things you would talk to an RLC about, go chat with Sergio if you are interested in geeking out on the intersectionality of history/political science/feminism, the Oxford Comma, new music, or seeing his original 2012 Gold Card!

Mollie, who is from Simsbury, CT, received her Bachelors of Arts in Environmental Policy from Colorado College, where she was an RA for three years and ran track for four years. After graduating, Mollie worked with volunteers in Denver for 5 years. When considering why she committed to a career in Higher Education, Mollie says, “During every change and transition in my life, I have found myself saying, ‘This is just like when I was an RA,’ and ‘If I could be on duty during Llamapalooza three years in a row, I can do anything.’ I am eager to pay my experience forward and help RAs and students develop perspective and confidence they can utilize now and in the future.”

When she isn’t trying to learn how to use GroupMe, Mollie loves to read (Stop by her office to share your recommendations!) and spend time with her framily (friend family). She especially loves to spend time in the outdoors and is excited to learn to lead climb and expand her backcountry ski experience. She is also excited for more Monday nights at Fujiyama and veggie bowls from Azada Mexican Grill.