Welcome to the Summer 2021 Blocks Off-Campus Abroad Virtual Fair! We encourage you to "walk-around" and explore all the blocks offered through CC this summer.

Through myriad multidisciplinary critical perspectives—such as Black Feminism, Transnational Feminism, and Critical Race Theory—this course examines how the identities of Black, Jewish, Turkish, and LGBTQI communities, as well as (im)migrants, refugees, victims of Neo-Nazi terrorism and police brutality, and other marginalized people are constructed in Germany, particularly how these constructions are dependent on racism, heterosexism, colonialism, and other forms of oppression. Additionally, it examines how these people and communities resist and reproduce these narratives as they construct their subjectivities. To learn more about the program and the itinerary, please visit the syllabus!

This course centers on student participation in archaeological excavations at Shikhin, an ancient Jewish village in the Galilee region of Israel. Through this field experience, students will gain training in essential methods and theories of archaeology as well as insights into the history, culture, politics, and economics of the region during the Hellenistic and Roman periods. With an understanding of these contexts, students will examine the related histories of early Judaism, the ministry of Jesus, and Christian origins. In addition to their experience in the field, students will learn through assigned readings, regular evening lectures, excursions to other significant historical sites in the region, and a final weekend exploring Jerusalem. The course will be especially attentive to the benefits and challenges of correlating ancient literary sources, including biblical narratives, with the archaeological record. To learn more about the program and the itinerary, please visit the syllabus!

Søren Kierkegaard (1813-1855), widely acknowledged to be the founding father of existential philosophy, is a fascinating author whose inimitable books are written in a virtuosic variety of voices and literary styles. His work unfolded in close relation to his life, which was spent almost entirely in his home city of Copenhagen, Denmark – references to which populate even some of his most abstract theoretical texts. This course provides an introduction to Kierkegaard’s writings, situated in the context of his life in mid-nineteenth-century Copenhagen, many features of which are still present in this city today. We will visit many sites linked with Kierkegaard’s life and work. To learn more about the program and the itinerary, please visit the syllabus!

This interdisciplinary course will travel (by van, short helicopter shuttle, and mostly on foot) through the heart of the Manaslu area, learning about the culture of the indigenous ethnic Tibetans of Kutang and Nubri, and a handful of other ethnic groups that have settled in the area. We will answer questions such as how do the physiography, climate, and biological diversity of the landscape present opportunities and constraints to people’s livelihoods? How do the social, economic, and political realities—as in part shaped by the landscape—impact the livelihoods of local people? How does the religious imagination imbue the landscape and the daily activities within it with meaning? How does the history of the people within the landscape—as shaped by the landscape—create identity? Further, the course will include an overview of, and direct exposure to, the interface of Hinduism and Tibetan Buddhism, pre-Buddhist beliefs and mythology, and the anthropology, language, and religions of the Nubri and Kutang people. The presence, activities, and impact of Christian missionaries in the area will also be briefly explored. To learn more about the program and the itinerary, please visit the syllabus! We also have a PowerPoint slideshow with photos available.

“All the world’s a stage,” laments Jacques in As You Like It, “and the men and women merely players.” It’s a statement that presents us with the question of the place of the stage not just within Shakespeare’s London but in ours as well. This course will take you across the Atlantic to London and Stratford-upon-Avon to explore just that. What is the place of the stage today? Are players merely players (in Shakespeare’s time and ours, in Shakespeare’s London and ours)? What is the place of Shakespeare in the globalized, digitally-mediated, international world of today? These are just some of the questions we will be considering as we read, watch, and perform Shakespeare this summer. This class will introduce students to the work of William Shakespeare and his contemporaries, by experiencing productions of his works, and by exploring the cities and the countryside where he lived and wrote. In addition to introducing students to the particular constraints and demands of the theatrical medium and to the cultural particularities of early modern England, we will attend a number of productions and thus seek to raise the question of how a dramatic text has (and can be) adapted. What kind of an interpretation of a text is a dramatic production? Are there limits to interpretation? What are the particular challenges to editing the early modern dramatic text? What is lost when a scene is cut? What are the politics of a performance? How do performances differ and how are they the same? Are they ever the same? These and other questions will serve as the lens through which we consider the questions of performance and performativity in general, alongside a detailed discussion about the historical and cultural positioning of the theatrical representational space.

This course explores the arts and culture of Bali, Indonesia, on location in Bali. Music, dance, theater, and visual arts are ubiquitous in Bali, where artistic production is far out of proportion to the size and population of the island. The Hindu-Balinese religion (Agama Hindu Dharma) requires performing and visual arts for the successful completion of the thousands of ceremonies undertaken each year, and therefore virtually every Balinese person is a dancer, musician, actor, visual artist, or poet, and many individuals are equally competent in several media. The unique history and culture of Bali are best understood through the arts, which connect past to present, self to community, and religion to reality. Students and faculty will live in the Lasmawan family compound while in Bangah. The compound has been outfitted with a gamelan angklung, gamelan gong kebyar, gamelan gender wayang, gamelan baleganjur, and gamelan joged bumbung for course use. The daily class schedule in Bali will include lectures and discussion of readings on Balinese history, culture, arts, and the environment followed by practical instruction in traditional music, dance, painting, and wood-carving. Students will experience Balinese arts and culture through participation in daily life, attendance at a wide range of performances, and lecture demonstrations by a variety of artists and craftsmen. For more information about the program and itinerary please visit the syllabus!

Spend one month sailing across the Mediterranean through the Greek mainland and islands while reading Odysseus and learning about 400 years of history which is the whole of Odysseus. Amazing views, amazing people, and most importantly, amazing stories. To learn more about the program and the itinerary, please visit the syllabus! 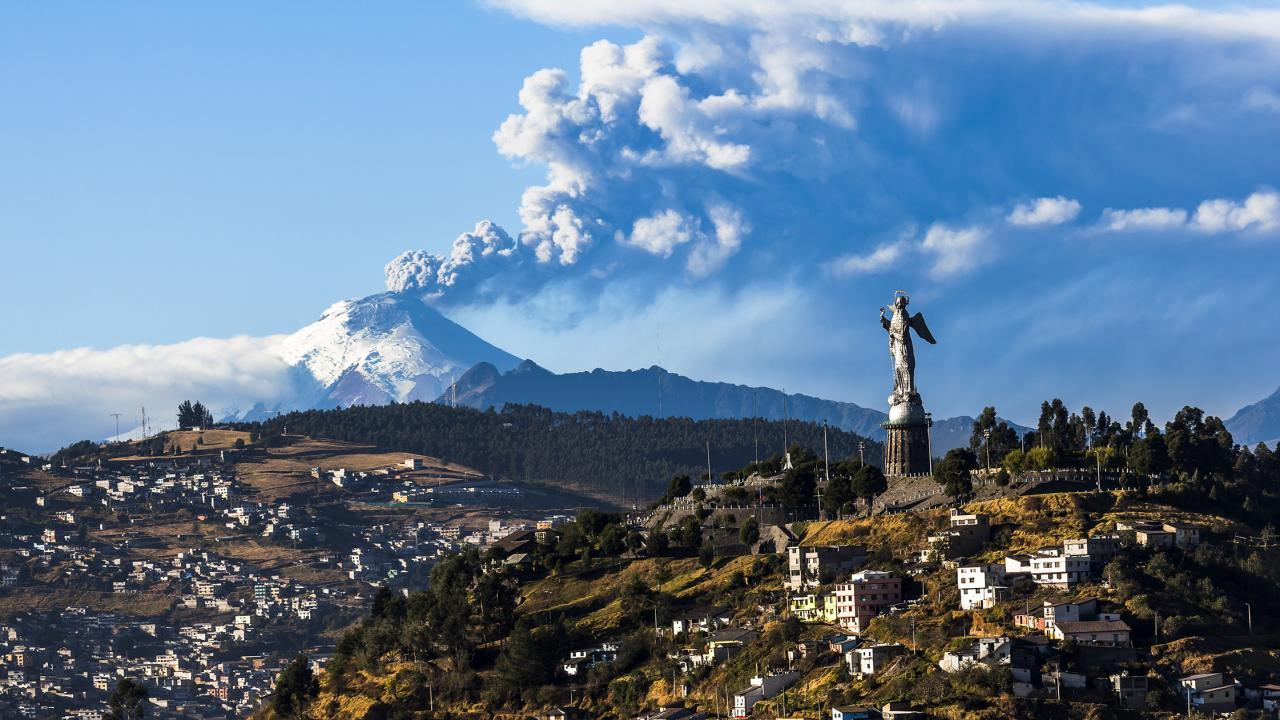 This study-abroad course will look at the history of colonialism, human rights abuses and environmental destruction in the Amazon, while highlighting the efforts of the indigenous movement and environmentalist allies to reverse exploitation and forge new futures with new and traditional technologies. For more information about the program and itinerary, please visit the syllabus! 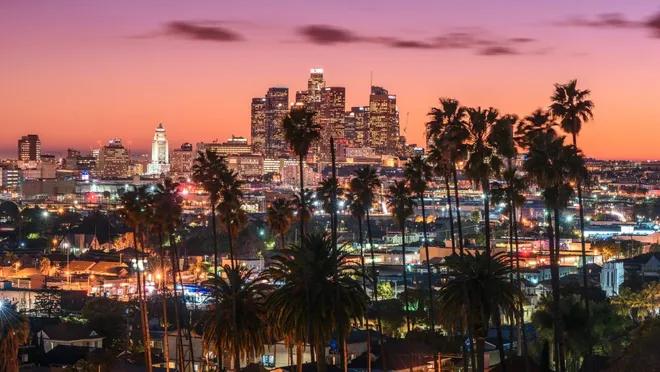 This course offers an introduction to canonical texts of psychoanalytic theory, including such luminaries as Freud, Melanie Klein, Jacques Lacan, Donald Winnicott, and Nancy Chodorow, among others. We will emphasize the intersections between psychoanalysis and other modes of inquiry, placing special attention on the influence of psychoanalytic theory on contemporary philosophy, political theory, and cultural studies. We will likewise read texts by analysts who have attempted, explicitly, to link psychoanalysis with philosophy, including Robert Stolorow and Donna Orange, both of whom are central figures at the Contemporary Institute for Psychoanalysis (Los Angeles) where our class will meet daily, and we will likewise meet with a variety of other analysts affiliated with the Institute, discussing both their writings and clinical practices. Finally, the course will involve regular field trips to museums, theaters, festivals, and other cultural events around Los Angeles as students learn to develop and apply psychoanalytic theories to a wide range of cultural objects and experiences. Field trips will likely include visits to the Getty Museum, LACMA, the New Beverly Theater, Cinerama Dome, and the Egyptian Theater, as well as music and comedy venues.

Rome is the eternal city in more than one sense. It was founded nearly three thousand years ago and has been inhabited since. It is the home to the Catholic Church, is a center for the collection of art, and ancient Rome was one of the greatest and most influential cultures in western and world history. Our journey begins in Rome with an investigation of the city, its monuments and art, focusing on antiquity, but we will also visit the Vatican, its museum, and other churches throughout the city. Furthermore, we will visit more modern collections, such as those by Bernini in the Villa Borghese that have been influenced by the Classical artisans and authors. We will then head to the bay of Naples, visiting the archaeological museum and the cities of Pompeii and Herculaneum, both destroyed by the eruption of Vesuvius in AD 79. Students will have the opportunity to visit the ancient cities and even climb to the caldera of the volcano. Following a trip to the ancient city of Paestum and down the Amalfi coast, we will fly to Sicily, an island which has changed hands frequently over the course of European history. We will visit Norman churches, Arab settlements, Carthaginian and Greek colonies. Highlights include visits to Palermo, Segesta, Agrigento, Marsala and Taormina. We will conclude our trip attending the Syracuse drama festival, held in the ancient theater.