At the Colorado College Department of Theatre & Dance, performance can mean many things. From the outset, students learn fundamental practical skills, including acting, design, and movement technique in preparation for advanced seminars that combine theatre and dance. Along the way, both seasoned majors and first-time actors have plenty of chances to perform in productions. In the classroom, we introduce a diverse body of knowledge that incorporates classics of dramatic literature and dance history with exciting experiments by living luminaries, such as the off-Broadway theatre ensemble Elevator Repair Service or the Japanese dance duo, Eiko & Koma. In fact, we want to be able to learn with such internationally renowned artists— and not just about them— so we brought them here to teach in our recently constructed home for interdisciplinary performance, the Edith Kinney Gaylord Cornerstone Arts Center. We also offer regular opportunities for academic travel so that students can experience singular performances in off-campus destinations.

In addition to the performing arts, the Department of Theatre & Dance also promotes the study of performances that take place beyond the stage. In any given block, our courses might explore how social rituals determine gender and sexuality, the political potential of public demonstrations, or intercultural approaches to performance that challenge the predominance of Western theatrical traditions. As is true to the ideals of a liberal arts education, we believe that this intellectual breadth enables our students to find their individual voices, whether as an emerging artist, scholar, or an innovator who combines theory and practice. In pursuit of this goal, we encourage students to bring an open mind— expect the unexpected. As Dwight Conquergood reminds us, performance is always “on the move” and fosters ways of thinking crucial to success in any academic field and in life beyond college, which more than ever requires creative innovation and perpetual self-reinvention.

“Performance is a border discipline, an interdiscipline, that cultivates the capacity to move between structures, to forge connections, to see together, to speak with instead of simply speaking about or for others." 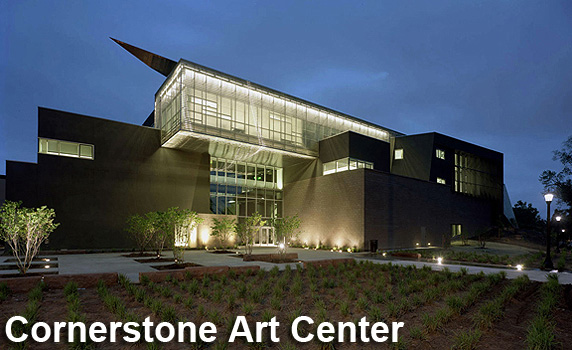 The Edith Kinney Gaylord Cornerstone Arts Center was designed in 2008 by renowned architect Antoine Predock to foster interdisciplinary collaboration and experimentation. Cornerstone includes numerous venues for performance, including the Richard F. Celeste Theatre, a 450-seat theatre modeled after a classical amphitheater, Norberg Studio A, a black box theatre, and the Cornerstone Main Space, which may be used for performances, classes, or informal socializing. Cutting-edge performances, exhibitions, and lectures also take place in the college's gallery for interdisciplinary art, the I.D.E.A Space. There is a costume design studio and scene shop, in which students learn the physical craft behind theatre and contribute to departmental productions.

Moreover, performance in Cornerstone is not limited to these venues. The building itself serves as a living performance space, whose innovative layout encourages creative use of its architectural features, such as public catwalks and video projection systems. The multi-purpose design of these spaces likewise informs the classrooms in Cornerstone, which can accommodate film screenings, rehearsals, and seminar-style courses. In addition to Theatre & Dance, Cornerstone is also home to the college's program in Film & New Media and houses a screening room, media lab, and film studio that are available to students interested in intersections between performance and technology.

Frederick H. Cossitt Memorial Hall is only a short walk away from Cornerstone, but evokes an earlier era of Southwestern cultural prestige. In this period, Colorado College was a national hub for modern dance and home to dance pioneer Hanya Holm, who taught at the CC Summer Dance Festival for forty-three years. At the time of its construction in 1914, Cossitt Hall was conceived in response to student demand for a gymnasium and was expanded in 1922 to include a social club and outdoor amphitheatre. Today, these facilities have been converted into space for the Departments of Classics, Comparative Literature, and Dance. Its current design includes two dance studios, a studio for somatic practices and dance therapy, a perserved portion of the outdoor amphitheatre, and a rehearsal and performance space equipped with a full lighting grid that occupies the former gym. Cossitt was awarded official status in the National Register of Historic Places in 1997 and underwent an award-winning renovation in 2009. 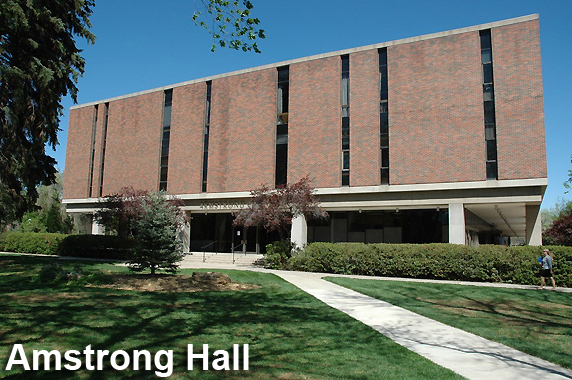 Located directly across from the Cornerstone Arts Center, Armstrong Theatre is the largest venue at Colorado College and serves as the main forum for all-campus events, including prominent lectures, concerts, and biannual performances by Dance Workshop, a popular student-led dance organization.

This is the Department of Theatre and Dance