History of the Department

A short history of the Philosophy Department at Colorado College 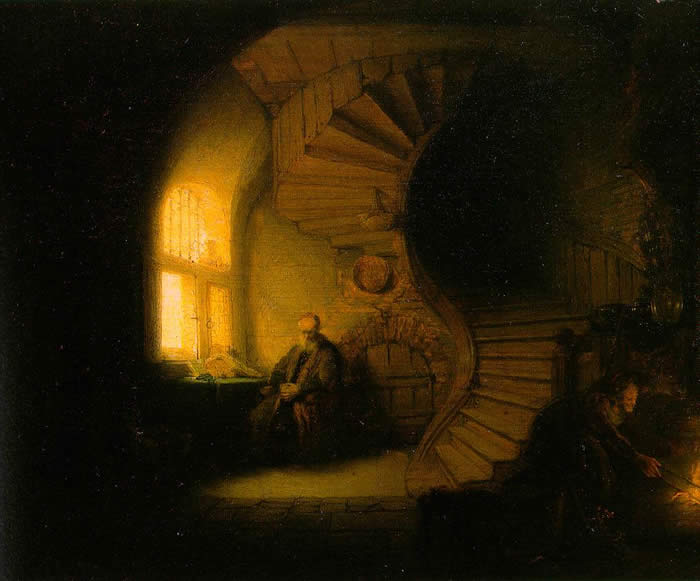 The philosophy department at Colorado College has had a unique and illustrious history, which began over half a century ago when J. Glenn Gray (PhD, Columbia) came to Colorado College in 1948. Taking the place of Sherwood Gates, he became department chair and taught all the philosophy courses. Glenn had served on the European front in the war, and in 1959 he published a classic philosophical study of war and violence, The Warriors: Reflections on Men in Battle. Not only does this work remain in print more than forty years later, but in 2005 a Spanish translation became available. Professor Gray’s other works include Hegel and Greek Thought (1969) and The Promise of Wisdom (1972). In the Sixties he became General Editor of Harper & Row’s initiative to translate the works of Martin Heidegger into English, thereby becoming one of the first American philosophers to bring Continental philosophy to the United States, at a time when many philosophy departments were dominated by logical positivism. Long before students in most other institutions had the opportunity to study Nietzsche, Sartre, Heidegger, Arendt, and Merleau-Ponty, Colorado College students were exploring the riches of the European tradition.

American pragmatism and social thought were added to the philosophy offerings in 1954 when Darnell Rucker (PhD, University of Chicago) joined the department. Darnell’s writing and teaching reflected his conviction that it was philosophy’s responsibility to address concrete social problems. He was particularly remarkable for his careful reading of texts inside and outside of class, and for guiding students to engage in philosophical discussion. His interest in John Dewey and George Herbert Mead led to the publication of The Chicago Pragmatists in 1969. He also wrote essays on Dewey’s ethics, civil disobedience, and technology and human values. Darnell taught at CC until 1968, when he moved to Skidmore College.

In 1960, Glenn Gray and Darnell Rucker hired Jane Cauvel (PhD, Bryn Mawr College), the first woman in the department. Having earned a Master’s degree in comparative philosophy at the University of Hawaii, Jane was prepared to introduce Indian philosophy into the curriculum. Later on, as Chinese and Japanese philosophy were gaining more attention in the West, Jane began to introduce these East Asian traditions into the department as well. Professor Cauvel was instrumental in developing the Asian Studies program at the College, along with the program in Women’s Studies. In the 1990’s, she invited Li Zehou, one of China’s foremost philosophers, to teach courses in both Chinese and Western aesthetics. Jane Cauvel and Li Zehou have recently co-authored the forthcoming book, Four Lectures on Aesthetics.

Together, Glenn, Darnell, and Jane began to build a department whose lineaments are still visible today. In 1963, they hired Hans Krimm (PhD, Johns Hopkins). Hans was a skilled logician with previous training in physics. For over thirty years, he taught the department’s courses in logic and philosophy of science, and he was among the first philosophers in the country to develop an Environmental Ethics course – one that would become an integral part of the interdisciplinary Environmental Science program at Colorado College.

In 1968, the department hired a 25-year-old philosopher named John Riker (PhD, Vanderbilt University) to teach courses in ethics and metaphysics. After almost four full decades of service, John remains a vital and active member of the department. Like many other members of this intellectually curious department, John has developed new interests over time, focusing increasingly on the ethical implications of psychoanalytic thought. He is the author of Human Excellence and an Ecological Conception of the Psyche and Ethics and the Discovery of the Unconscious, among other publications, and recently had the honor of being the Heinz Kohut Visiting Professor of Psychoanalysis in the Committee on Social Thought at the University of Chicago.

Also in 1968, the department brought in Harvey Rabbin (PhD, UC – Santa Cruz) to fill in for Glenn Gray, after Glenn suffered his first heart attack. As it turns out, Harvey would have the distinction of introducing various European philosophers to the college. Having studied in both Germany and France, Harvey returned to the United States to enter the History of Consciousness program at the University of California, Santa Cruz. Fluent in many languages, Harvey was among the founders of the Comparative Literature program which was created during the Eighties. He was successful in bringing Gianni Vattimo, student of Hans-Georg Gadamer and the most prominent philosopher in Italy, to teach phenomenology and hermeneutics at the College. Among the other visiting scholars from Europe that Harvey brought to campus during his time at CC, one of the more noteworthy is Christoph Nyri, the Hungarian political philosopher.

When Glenn Gray passed away in 1977, the department – under the leadership of Jane Cauvel, the longtime chair – decided to hire the Wittgenstein scholar Judith Genova (PhD, Brandeis University), who had been teaching at Yale for a number of years. This added a new voice to the curriculum, helping the department to expand its sphere of competence to include a stronger representation of themes that were prominent in the world of Anglophone philosophy. Immediately after her arrival, Judy collaborated with other women at the College to form a thriving program in Women’s Studies, which she headed for over ten years. She is the author of Wittgenstein: A Way of Seeing and editor of the collection Power, Gender, Values, along with articles on a wide variety of topics. Judy has been a Fellow at the Ligurian Center for Humanities in Genoa, Italy, and has also served as a visiting scholar at a number of other campuses. She remains an active member of the department.

The department would not undergo any significant changes in its composition until 1992, when Jonathan Lee (PhD, University of Connecticut) was added to the faculty with many years of previous experience teaching at Knox College. Trained as a scholar of Neoplatonism, Jonathan would later gravitate toward Lacanian psychoanalysis and Indian philosophy. He was the first person in the department to teach courses on African thought, and on the philosophies of Malcolm X and Martin Luther King. Jonathan is the author of Jacques Lacan and co-editor of I Am Because We Are: Readings in Black Philosophy, and a number of other philosophical and musical works. Jonathan’s catholicity of interests can be cited as an example of the department’s pluralistic and interdisciplinary commitments, and he has been the chair of the program for more than eight years.

Recently, three younger philosophers have joined the department: Alberto Hernandez-Lemus (PhD, New School for Social Research), Rick Anthony Furtak (PhD, University of Chicago), and Marion Hourdequin (PhD, Duke University). During his time as an undergraduate, Alberto was among the first students enrolled in the Comparative Literature program at Colorado College. He returned to teach at CC several years ago, and has now become a full-time member of the philosophy department. Alberto is trained in the philosophy of Deleuze and more broadly in the Continental European tradition, and his areas of research include the philosophy of art, liberation theology, and the concept of race. Rick’s work in the philosophy of emotion is significantly influenced by the writings of Kierkegaard, and his book Wisdom in Love was published in 2005. He has taught and written about a number of other topics and figures in the history of philosophy (including the ancient Greeks), with a particular focus on existential thought and on the relations between philosophy and other disciplines such as literature, religion, and psychology. Marion is the newest addition to the department. She began her career as a biologist before turning to philosophy, and both her research and teaching explore connections between the sciences and the humanities. Marion’s scholarship focuses mainly on the metaethical implications of biocultural evolution; however, she also works in the philosophy of biology, the philosophy of science, ethics (including environmental ethics), and Chinese philosophy, and is interested in issues of cultural and moral diversity among other topics in political philosophy.

Also contributing to the department is Dennis McEnnerney (PhD, Berkeley), who joined the faculty in 2004 with an appointment in Philosophy and General Studies. Dennis teaches courses in political philosophy and critical theory, which draw upon the disciplines of philosophy, history, literature, and political science. His research focuses on identity politics and histories of resistance, and on such figures as Sartre and Fanon. In 2000 he co-founded the Association for Political Theory, a leading professional association for scholars interested in political philosophy.

Although the department has a legacy of encouraging diverse and innovative approaches to philosophical inquiry, its core mission has always been to represent the depth and richness of the history of Western philosophy. We continue to find this tradition replete with challenging ideas about the nature of human experience and viable alternatives to fashionable ways of thinking. In our approach to philosophy, we strive to be eclectic in the best sense of the word: we embrace all modes of thought that offer the promise of wisdom and stimulate the development of critical, reflective habits of mind.