A longstanding tradition in the CC Math Department has been our Pizza Problems. These will be posted in the math department roughly once a block, and give you a chance to win a pizza by solving a math or computer science problem. You can work by yourself or in a group. You can use your calculator or even a computer if you like. Sometimes it is the first solution turned in that wins the pizza; sometimes it is the best solution (whatever that means).

Pizza problems are posted in the department by our math and computer science . You can turn your solutions into the Paraprofs in TSC 209, as well as see past Pizza Problems and their solutions. Best of luck!!

Our department fosters a lively and friendly community of scholars and learners in mathematics and computer science. It is important to recognize that learning in the classroom is only a part of that. We invite all of our students to be part of our community. A great way to participate is to attend public lectures about new ideas in mathematics and computer science. To get the most out of these opportunities, we recommend that students listen actively, take notes, and ask the speaker questions. To encourage this, the department asks that each major write a summary of four selected talks, to illustrate their active participation in the lecture, and to practice the important skill of grasping the essentials of a public lecture and reporting on them in written form.

The Department sponsors the FEARLESS FRIDAY SEMINAR series, which features talks on mathematics on most Friday afternoons, at 2:30 p.m., usually in Tutt Science 122 or Tutt Science 229. Many of these talks are of wide interest outside the department, and all are cordially invited to attend. We traditionally rate these talks, using a version of the movie rating system.

The ratings are as follows:

Seminar dates and topics are posted on the main page.  See upcoming seminars >> 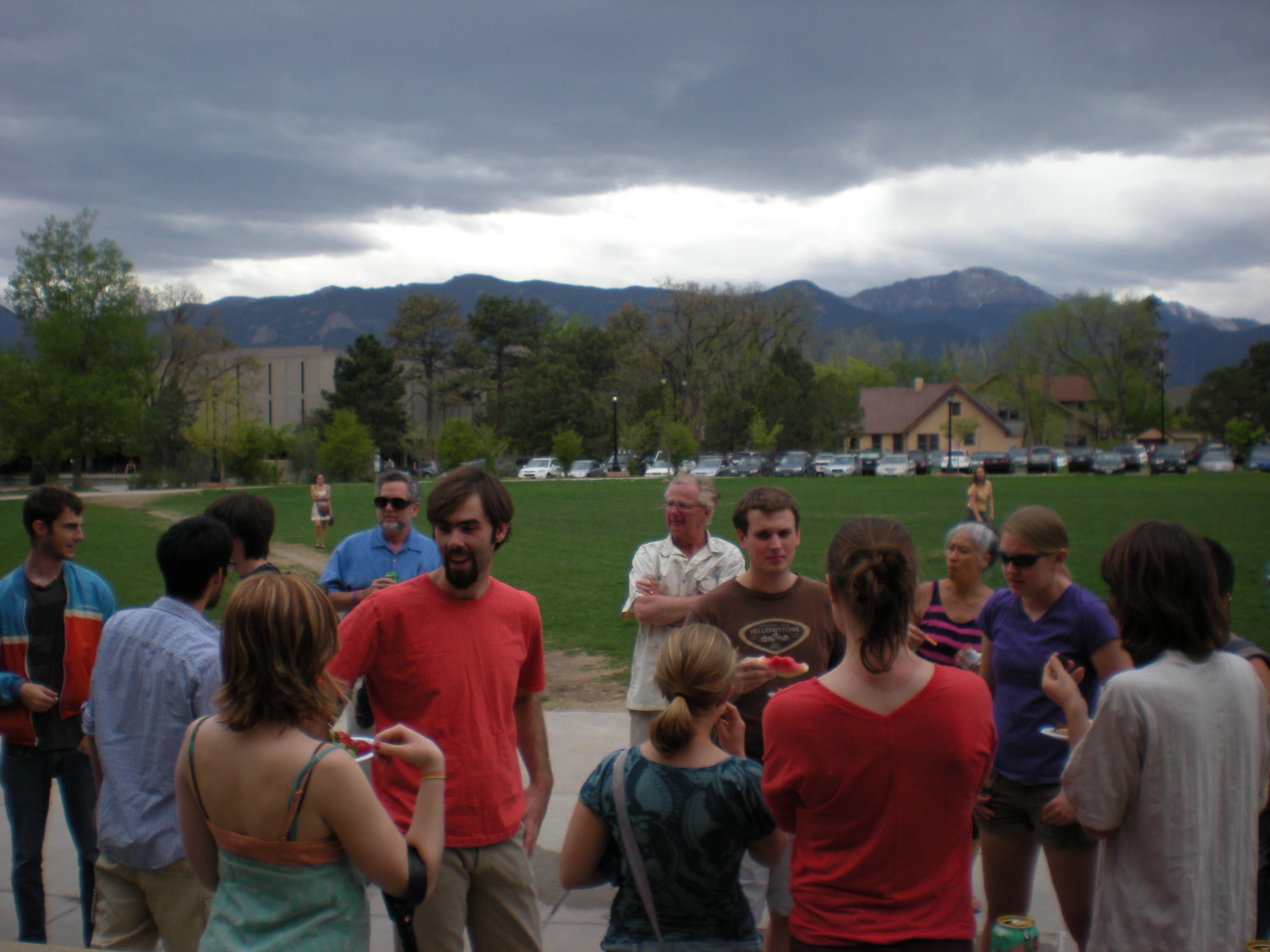 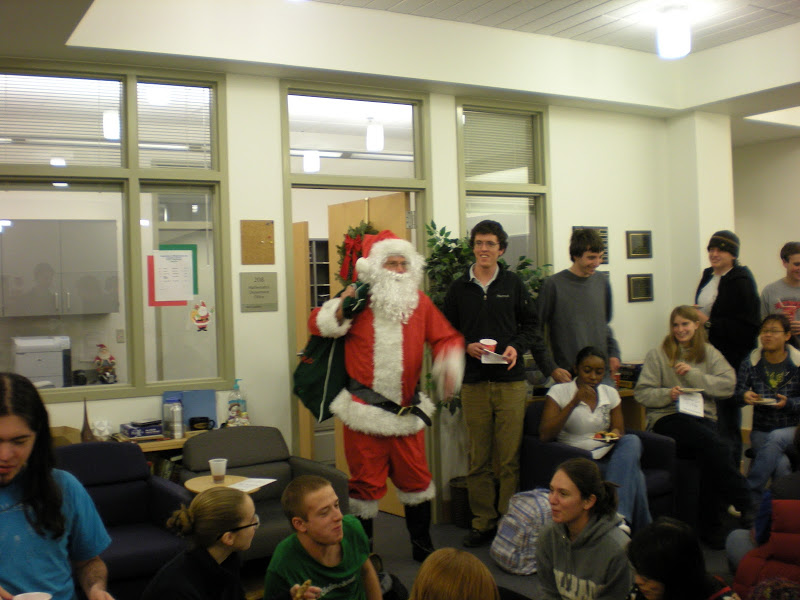 In December we have our annual seasonal party, which is always attended by a special guest bearing gifts. Last year's special guest was Marlow-Claus. Our End-O-the-Year Barbecue/picnic takes place during Block 8. It is best-known for its chaotic Number Theory Horseshoes competition. Following Baccalaureate the department hosts a reception for graduating math majors and their families.

The present rules for Number Theory Horseshoes are current as of 1996. However, we reserve the right to change them at any spring picnic, and in fact, it has become a rule to add a rule each spring.

We play the game with two teams of two players each and use regulation horseshoes and pit. A single round of the game consists of each player throwing one horseshoe, alternating from team to team (the team which who goes first each round). The scoring of the round depends on a parameter n, which is the number of horseshoes that actually end up in the pit (in our games n is seldom 4). 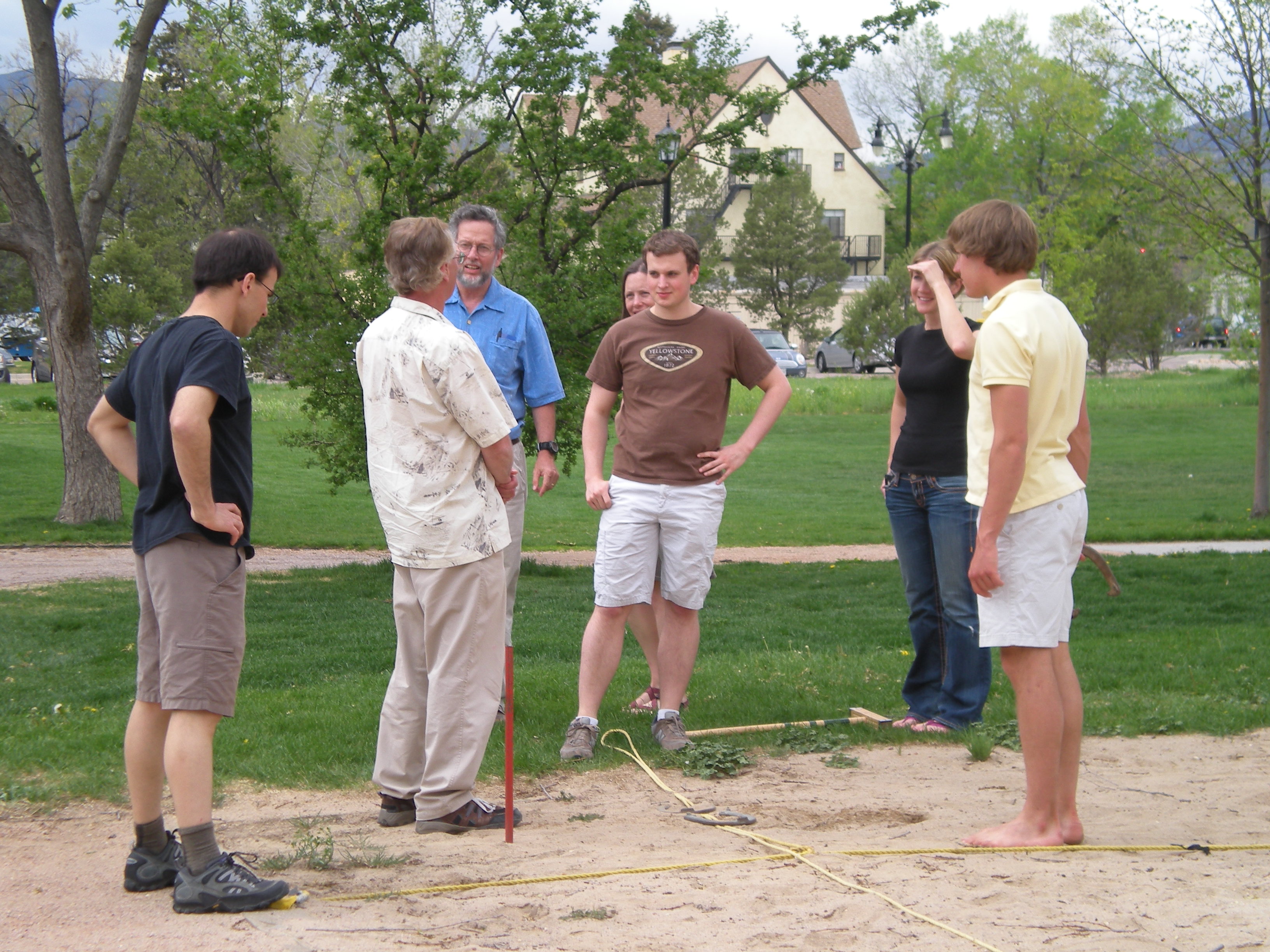 A team whose horseshoe is closest to the stake receives 2n-1 points, the next closest 2n-2 and so on. Thus, if three players end up in the pit, the scores are 4, 2, and 1. The main exception to this rule - and one which is rarely needed in our experience - is that "ringers" receive 2n points. Thus, for three players in the pit with one ringer, the scores are 8, 2 and 1. But we also give the scoring a whimsical number theoretic twist: when a team's cumulative score is prime, they immediately get one additional point. (This causes particular excitement when a team has a score of 2.)

The object of the game is to reach exactly 15 points. If a team overshoots 15, its scoring is reversed for successive rounds. For example, if a team reaches 18, then scores 1 on the next round, the score becomes 17, then 16 because 17 is prime. One of the charms of the game is that we seem to spend as much time talking as actually throwing horseshoes. We discuss whether a horseshoe is in or out of the pit (and consequently, where its center of mass is); we discuss whether or not 1 is prime and why; and we discuss making new rules such as the recent addition of granting a "leaner" 2n-1 points.

But most of all, we discuss strategy, endlessly pausing to compute possible scores before throwing; often it is best for a player to avoid the pit entirely, or perhaps to throw inside the pit but outside the other horseshoes. A rule implemented in 1994 deducts 1 point from the score of a team if one of its members throws in any other game pit, and players in the other game who are closest in that round get to decide whether they want n=k or n=k+1 points (i.e. they decide whether they want to count the foreign horseshoe in their scoring of the round) hope that from this seed regional variations of our game will spring up across the land. However, those who envision intercollegiate competitions in this sport have missed the point. 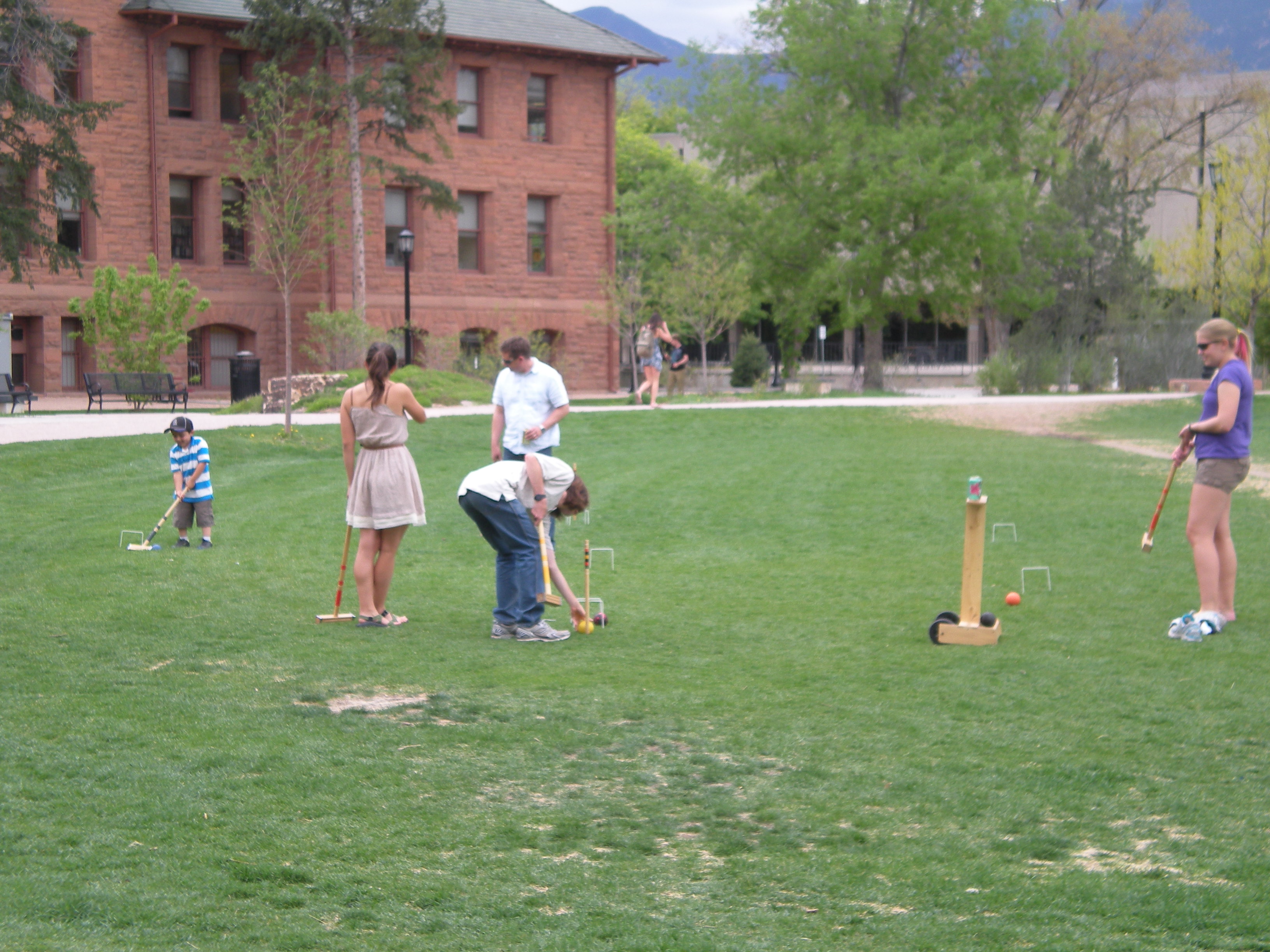 Convex Hull Croquet (CHC) is played on a standard croquet layout, with nine wickets, and two posts. The goal of the game is to be the first player to pass through all nine wickets in the correct order and and hit the final post.

This is the Department of Mathematics & Computer Science